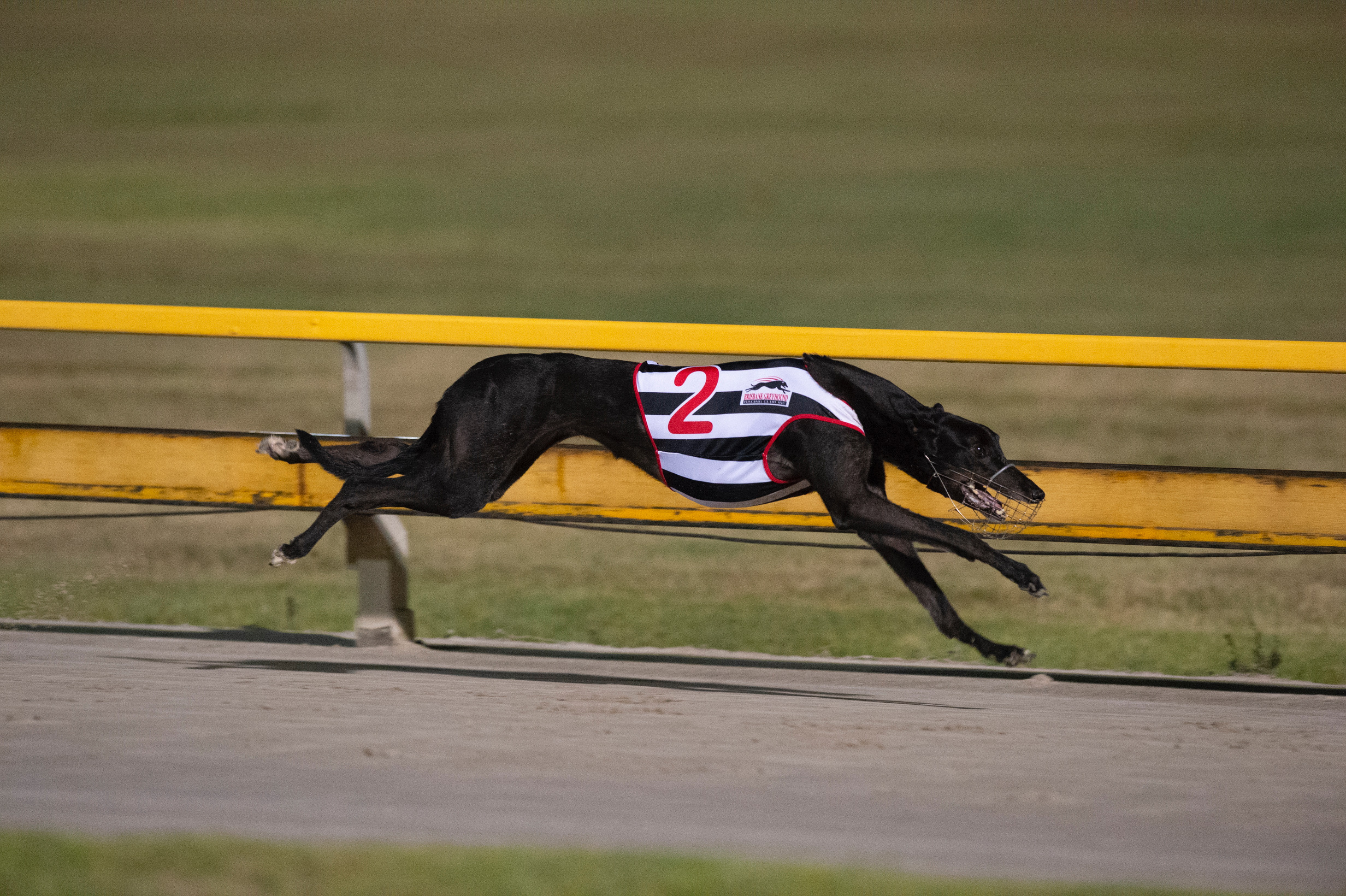 OWNERS David Blench and Michael Phillips are far from counting the final of the TAB Million Dollar Chase among their greyhound racing highlights, but they are certainly looking longingly at Friday’s Casino regional final with newest kennel star Quara’s Flick.

The daughter of Fernando Bale and Quara Bale continued her fabulous form since being bought by Blench and Phillips in July when she won her Casino heat of the MDC last Friday.

She ran 27.42 in winning her fourth straight race for trainer Brett Hazelgrove, a stretch that included the recent Group 3 Townsville Cup, a race she landed at monster odds.

“Yes, we believe our bitch has a great chance on Friday in the Casino final,” said Michael.

“But we are far from looking at her as the winner of the million dollar final.”

Quara’s Flick was bought by Blench and Phillips to replenish their breeding stocks with the retirement of star broodbitches Go Mini Mouse and Go Jessie’s Girl.

“She met a lot of the criteria we have for a broodbitch, a city winner, great bloodlines, fabulous female family,” said Michael. “And, fortunately for us she is going great.”

While Quara’s Flick is racing well over sprints and was a 29.90 Albion Park winner three runs back, Phillips and Blench believe she will make it over a staying distance in the future.

“All the sectionals she is running for us at the moment indicate she could certainly go much further,” said Michael. “And, Brett believes this as well.”

Quara’s Flick is just two and a half so the Blench/Phillips kennel is far from ready to start mapping out a breeding program for her.

They also own star sprint bitch Miss Splendamiro and are busy mapping out her future as a broodbitch. They are likely to put her to Fernando Bale for her first mating.

The box draw for the Casino final has Quara’s Flick in the five and Blench and Phillips are happy the bitch has drawn inside Wise Misty.

“She had to be inside Wise Misty to have a chance of winning the final,” said Michael.

“But, she ran the quickest first section in the heats and even though Painted Picture went quicker overall, we give our bitch a great chance.”