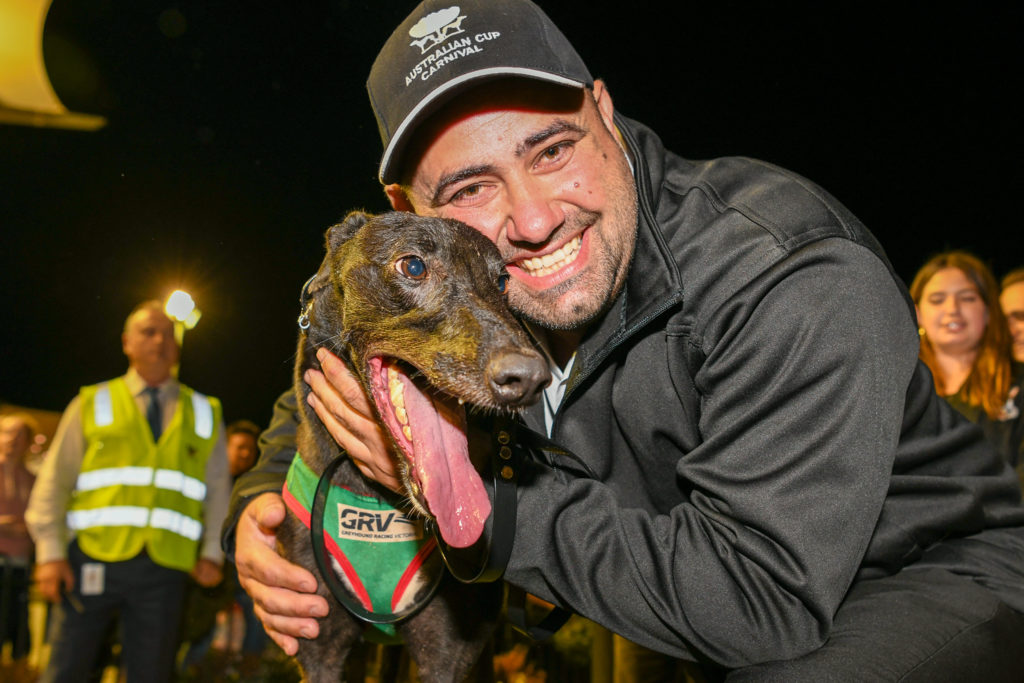 The $3.50 favourite has drawn box three in a hot Free For All which features Horsham Cup winner Tiggerlong Tonk along with Shepparton Cup finalists Snag McKenzie and Jebrynah.

“He’s been going really well, trialling the house down,” Azzopardi said of his charge, having his first start in four weeks.

“I think he’s got a really good chance. It’s a really good race, he needs the breaks and to stay out of trouble but if he’s within striking distance he’ll give it a shake.”

The son of superstar Fernando Bale won his only other start from box three at Sandown Park and has missed a place just three times from 21 starts when drawn the inside three boxes.

“He does have a bit of early speed when he steps but he need to be near the fence. If he leads I’ll be happy, but he is very strong (he’s won over 595m) so if he can sit on the pace he’ll keep grinding away.”

Azzopardi also has a high opinion of Aston Pilsner which will line up in race 5.

Aston Pilsner had been set for the Launching Pad which had been scheduled for tonight before being cancelled due to the ongoing COVID-19 crisis.

“Geez it’s a good race! O’Sullivan and Catch The Thief are flying, but I have a high opinion of this dog. He’s a very, very fast dog and he’s starting to put it all together; he’ll need to tonight.

“If he jumps I know he can break 5 (seconds to the first split) and cut straight to the fence and give them something to chase. He is a bit weak at the end of 500m but he’s cherry ripe.”

Catch The Thief is the odds-on favourite for the race following brilliant back to back wins in 29.21 and 29.23, the latter coming last Thursday when he jumped from box five, setting a blistering 4.95 for the first split, less than a length outside Fernando Bale and Black Magic Opal’s record.

Meanwhile TAB Melbourne Cup winner Whiskey Riot, which ran third in Saturday night’s Group 2 Shepparton Cup, is set to return to Sandown Park next Thursday night in what is looming as one of his final race track appearances.

“He worked really well this morning. I didn’t put him in tonight because I don’t want them (Whiskey Riot and Fernando’s Riot) running into each other all the time. It’ll be his turn next week.

“He’s going awesome and I want to keep him racing but we’ve had a lot of inquiries (from breeders) so I think he’ll be coming to the end. The owners have left that decision to me and I think that time might be near with group races on hold.

“I don’t really want him running in Free For Alls each week, but I’d like to send him out on a winning note so a race like the Easter Gift might be it.”

Whiskey Riot and litter-mate Fernando’s Riot are out of Ready To Riot, whose progeny have combined to win a world record $2.7 million.