Azzopardi All Set For An Adelaide Riot

ANTHONY Azzopardi will be striving for a second Adelaide Cup trophy when Whiskey Riot and Fernando's Riot take their place on Friday night. 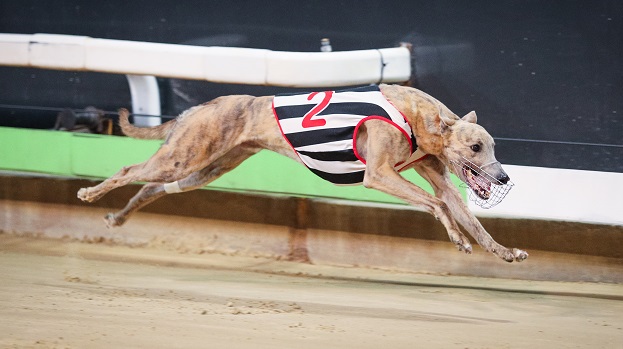 ANTHONY Azzopardi will be out to secure a second Adelaide Cup trophy when brothers Whiskey Riot and Fernando’s Riot take their place in the group 1 feature at Angle Park this Friday night.

In 2017, Azzopardi’s dual group 1 winning sprinter Raw Ability was a runaway winner of the Adelaide Cup, defeating a star-studded field of chasers.

But Azzopardi’s fond memories of Angle Park didn’t start there.

Back in 2010, the then Londonderry-based trainer claimed his second group 1 trophy when Smooth Fancy defeated Cosmic Chief in a ding-dong finish to the National Sprint Championship.

Since that epic group 1 triumph, a year after Lilley Criminal delivered Azzopardi his maiden group 1 success, the Victorian based mentor has remarkably gone on to train another nine individual group 1 winners, led by his former superstar racer Zambora Brockie.

“I’ve always loved racing at Angle Park, everyone’s really welcoming and we’ve had some success as well,” Azzopardi said in the lead up to Friday night’s final.

On a sensational card of racing at Angle Park last Thursday, it was the Steve White-trained Sennachie that set the pace, carving out a sizzling 29.35 to claim his Adelaide Cup heat.

“Whiskey Riot has absolutely thrived coming out of last week’s heat win, I couldn’t be happier with him … I can barely hold him,” Azzopardi explained.

“He hadn’t been to Angle Park before the heats so you hope he’ll find half-a-length. I’m confident he can lead and then it will just be where the others land.

“I’d say Sennachie is more the one to beat because he’s done it at this level but Hooked On Scotch … he could be anything. A 12.42 run home the other week, that’s just unheard of. He’s something pretty special.”

Whiskey Riot is next best at $4.80 from box two, the only other runner under double figure odds.

“After Whiskey Riot had no luck in the Bulli Million Dollar Chase series I decided to focus on Adelaide and something more suitable probably,” Azzopardi added.

“If he leads he’ll give himself every chance and I’m confident he can … he’s a very fast dog.”

Many believe that what freakishly talented youngster Hooked On Scotch does from box one will hold the key to Friday night’s decider.

The brilliant son of Barcia Bale booked his Adelaide Cup spot with a 29.19 State Of Origin victory on September 26, edging out Sennachie on that occasion on the clock, the two-time group 1 winner recording 29.21.

And while Azzopardi is confident Whiskey Riot is right in the thick of things for Friday night’s finale, he concedes his litter-brother Fernando’s Riot will need things to fall his way to figure from box four.

“Had he drawn closer inside I’d be really confident he could run a hole … he’ll need luck,” Azzopardi added.

“He’s a tough little dog and gives his all every time he goes around. He’s no champion but if the breaks go his way and there’s some trouble up front he’ll be getting home. He’s not the worst double figure chance.”

On top of the cool $75,000 up for grabs to Friday night’s winner, there’s even more on the line with the victor guaranteed a spot in November’s lucrative Group 1 Topgun at The Meadows.

“It’s a great reward for the winner,” Azzopardi explained.

Meanwhile, Azzopardi is hoping a cleaner beginning can see his talented sprinter Seal The Deal return to the winners list in the Adelaide Cup consolation on Friday night.

“He’s going to do something in the next four of five starts that’s going to shock people I reckon,” Azzopardi said about the son of his former star sprinter Zambora Brockie.

“He hasn’t been beginning which you just can’t afford to do up in grade. Early on the boxes didn’t open in a trial and he’s been risky since but he’s slowly been getting better lately.