Sensational sire Barcia Bale eclipsed another milestone this past week with his progeny’s prizemoney earnings spiraling past the $40 million dollar mark. 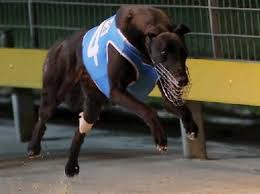 IT gets to the point where you just run out of superlatives.

Sensational sire Barcia Bale eclipsed another milestone this past week with his progeny’s prizemoney earnings spiraling past the $40 million dollar mark.

With his offspring rapidly closing in on 2,000 winners for 2019, with prizemoney earnings already over $5 million for the calendar year, Barcia Bale’s feature race dominance continues to show no signs of abating either, highlighted by Zipping Bailey’s Golden Easter Egg victory on Easter Saturday at Wentworth Park.

On a red letter night for the Meticulous Lodge-based sire, Barcia Bale also laid claim to feature race winners Timeless Moment (Magic Maiden) and Zipping Falcon (Ultra Sense) on the program, continuing a string of success that currently sees him atop of the Wentworth Park sires premiership with a staggering 71 winners for 2019, almost double that of his nearest rival.

His demand at stud continues to only grow and with the results the son of Go Wild Teddy and Princess Bale churns out week in week out, it really is no wonder.

A once in a lifetime sire he is.