FOUR starters, in a couple of days, and a treble at Bathurst all with littermates was the tale of Bathurst on Monday afternoon for Ashley Dwyer. 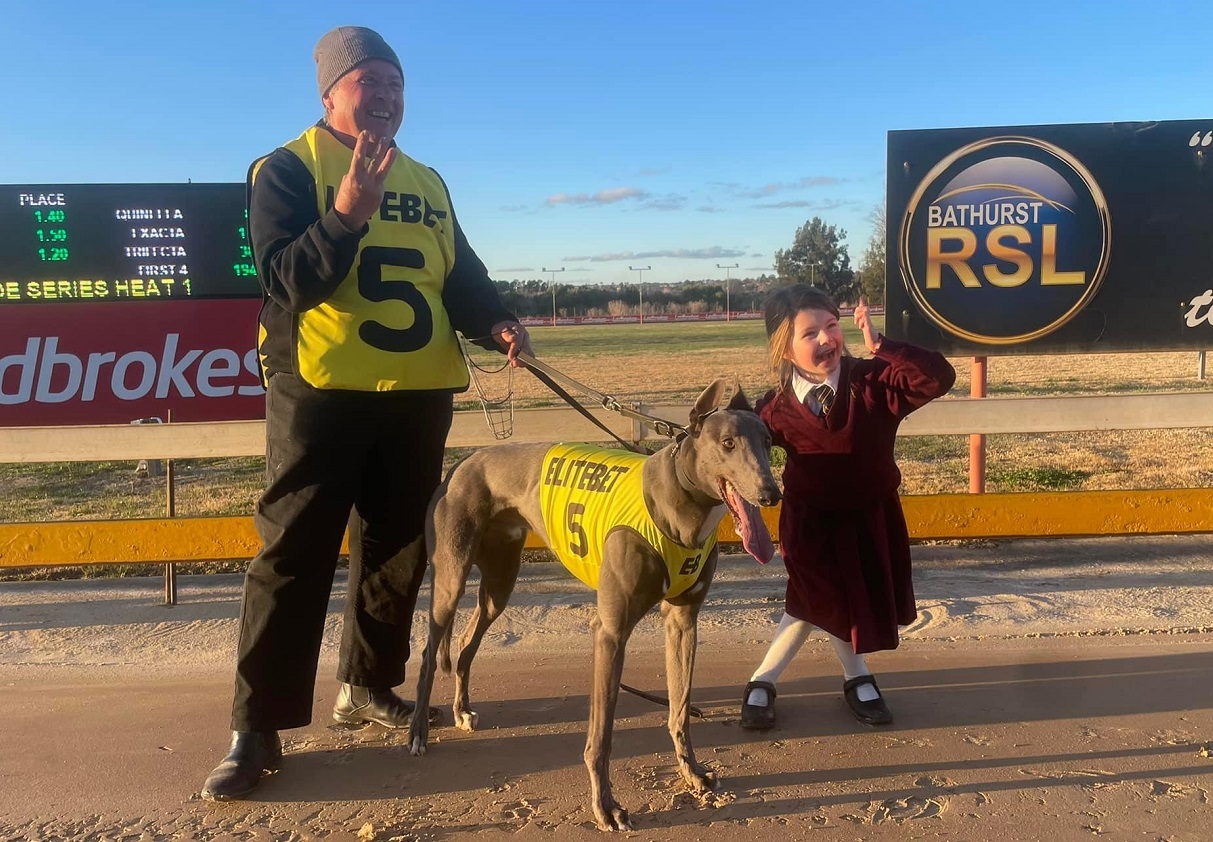 FOUR starters, in a couple of days, and a treble at Bathurst all with littermates.

Ashley, 65, and based at Symonston where he has eight in training, started his winning run on Saturday night when Joseph’s Coast (Fernando Bale-Osti Influence) ran 29.97 to take out a 520m 5th Grade.

He headed to Bathurst on Monday and promptly landed a winning treble all with offspring of the Fernando Bale-Osti Influence litter.

“I’ve had a treble in the past, but having only eight dogs in the kennel, and five of them from the same litter, is special,” said Ashley.

The feat had an upside.

Special Blend helped with a special start to the month of August for trainer Ashley Dwyer yesterday, who walked away with a treble of wins at Bathurst after Special Blend won along with Charlie's Jar and Royal Osti.

Ashley celebrated his 65th birthday on Tuesday and the litter turned three on Monday.

Ashley bought Sizzling Osti from Ted, put her to Collision and got Osti Influence, a winner three times at Wentworth Park, and her classy sister Mainline Osti.

Both bitches have litters by Fernando Bale.

He is on target for the Million Dollar Chase.

“He will get his chance in the series and he is a dog who deserves to win a big race,” said Ashley.

“I took him to Bathurst to get a bit of confidence back.

“He will miss the Nationals and head to Bathurst for the Million Dollar Chase first round. We have Nowra as a back-up.”

Special Blend has been a finalist in several Group races.

“I thought he was drawn to win the Richmond Derby but they had to do a re-draw and that put him out of contention,” said Ashley.

The Fernando Bale-Osti Influence litter has been exceptional.

“Those four winners were great,” said Ashley. “We’ve got to take all the success we can while it happens.”