WITH the box draw completed, the battle lines have been drawn for Friday night’s heats of the Group 1 TAB Melbourne Cup at Sandown Park. 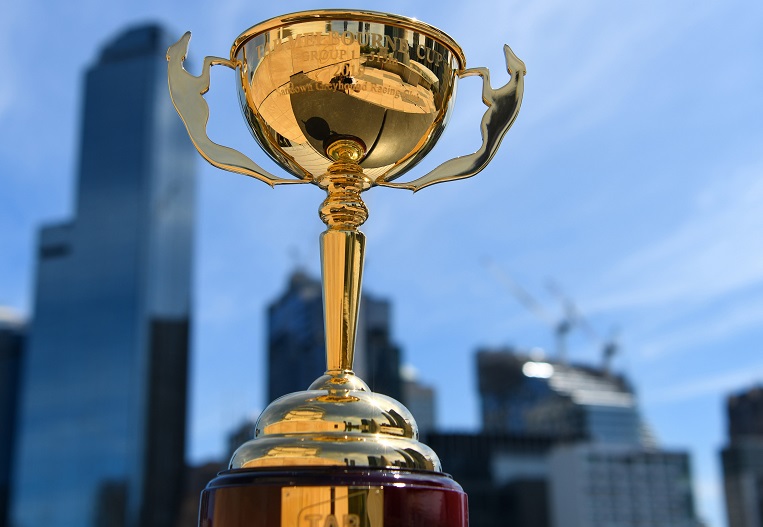 WITH the all important box draw completed, the battle lines have been drawn for Friday night’s star studded heats of the Group 1 TAB Melbourne Cup (515m) at Sandown Park.

Dubbed the “world’s greatest greyhound race”, eight absorbing heats of the Melbourne Cup will be staged on Friday night where each winner will progress through to the following week’s lucrative $435,000 to-the-winner finale.

And with the creme de la creme of the Australian sprinting ranks on show, the scene is set for a blockbuster card of racing, where spots in Victoria’s richest greyhound race will be at an absolute premium.

Heading into the series as the number one is TAB Million Dollar Chase winner Handsome Prince.

Carving out a blinding 18.49 second section in that trial – a time just two lengths outside Fernando Bale’s time-standard – Handsome Prince goes into his first Victorian feature with undeniable claims.

But to progress through to the finale he’ll need to earn it, facing off against a crack field of opposition.

They include Jason Thompson’s exciting up and comer Aussie Secret in box one, while another star on the rise, People Get Ready, has drawn box seven for Ned McDonald.

The first of Friday night’s heats sees one of the series big guns on show with Shima Shine to go around as a short priced favourite from box three for Andrea Dailly.

Drawn one of the quieter heats, the reigning Group 1 Topgun winner is expected to start in the red for his qualifier fresh off his second to Tiggerlong Tonk in last week’s Group 3 Shootout.

The fifth qualifier will see pre-post series favourite Simon Told Helen take his place from box four and while betting will suggest his passage through to the final should be a seamless one, there’s no shortage of quality performers there to keep him honest.

And in what’s set to be another ripping clash, heat six will see Tommy Shelby and Catch The Thief go head to head in a race that has no shortage of winning chances outside the main duo.

Tommy Shelby, totally luckless at The Meadows on Saturday night, has drawn box three, while Catch The Thief will exit box six for Matt Clark.

Adding to the intrigue is Zipping Zeek in box one for young trainer Ned McDonald while Short Pork, prepared by 2019 Cup winning trainer Anthony Azzopardi, has drawn box four and isn’t without claims.

The final chance to qualify will see budding young star Dr. Tucker exit box eight in his quest for a Melbourne Cup berth for Bill McMahon.

There to keep the immense talent honest is Music Event for Michael Carter, the son of Lochinvar Marlow has been in slashing form and looms as a fantastic chance from the gun draw.

For pure greyhound enthusiasts it doesn’t get any better than racing at Sandown Park this Friday night with an epic card of racing to be decided.