CURIOSITY got the better of part-owner Glen Dearlove and Thursday night at Albion Park will prove if he is right when Blanco Caliente takes her place. 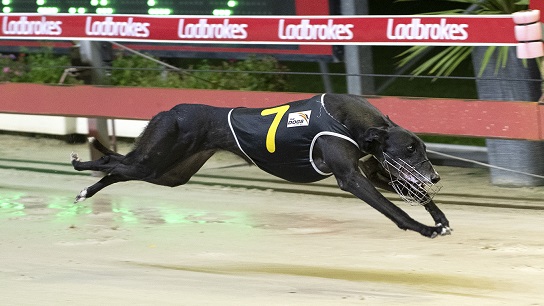 CURIOSITY got the better of part-owner Glen Dearlove and Thursday night at Albion Park will prove if he is right.

Glen and his racing partner Gavin Scott are part-owners of the royally bred Blanco Caliente (Barcia Bale x Chica Destacada) who returns to racing after a lengthy 10-month break.

She is a litter-sister to such stars as Blue Summer Sky and a half-sister to champs like Veloce Nero, Blue Moon Rising and Poco Dorado.

The bitch has drawn box one in a 520 metre novice at Albion Park and has been installed the $2.40 favourite for trainer John Judd.

Glen and Gavin only got the chance to buy Blanco Caliente after she was given a “ticket” for an indiscretion at Wentworth Park way back in May, 2019.

She had won her maiden there in April 2019 in 29.96 and was part of a litter domination of the Group 3 Magic Maiden won by Timeless Moment.

“When we were racing Double Gee in Sydney, we got to know Peter McDermott the part-owner of all Chica Destacarda’s pups,” said Glen.

“We mentioned that if he happened to have a bitch from the line we might be able to buy, we would be interested.

“Some time later he rang.”

Blanco Caliente was initially bought only as a broodbitch.

“But, she has been put on the straight track all the time to keep fit, had not come on season, started getting fitter and fitter and that’s when curiosity got the better of us,” said Glen.

“We had to find out. Not that she has anything to prove because she’s won in sub 30-seconds at Wenty.”

Blanco Caliente needed to be passed to race and she trialled over 431m at Ipswich.

“But, because we wanted to race her 520 metres, she had to undergo another trial,” said Glen.

Blanco Caliente will not have too many starts before she is retired.

Glen and Gavin have naturally picked out Fernando Bale as her first mate when she comes on season to recreate the litter that contained Blue Moon Rising, Veloce Nero and Poco Dorado etc.

But if she runs up to her recent trials, another career win is well within reach on Thursday night at Albion Park.