BOOM staying prospect Captain Dynamite will look to uphold family traditions when he steps out in the second heat of the Sandown Cup on Thursday. 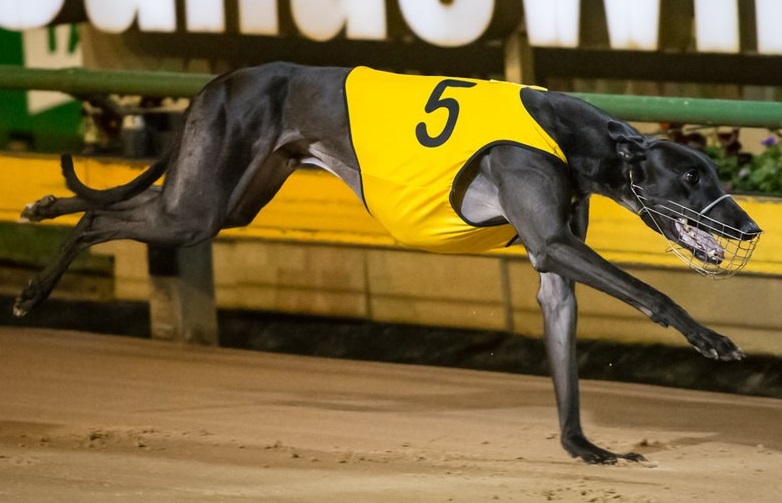 BOOM staying prospect Captain Dynamite will look to uphold family traditions when he steps out in the second heat of the Group 1 RSN Sandown Cup (715m) on Thursday night.

Trained by Kel Greenough, who teamed up with daughter Angela to win the 2011 Sandown Cup with Bobby Boucheau, Captain Dynamite is bred to be every bit the exciting stayer he is.

“His granddam So Seductive finished third in the Sandown Cup won by Bobby (Boucheau) at her final race start,” explained Greenough of his former group 1 winner.

“It’s been a very strong staying line and that’s carried through to this dog. It’s been a bit rushed to get him to where we are which isn’t ideal but he’s as good as we can have him. He’s come through the work great.”

In an intriguing contest on Thursday night, Captain Dynamite runs into two-time group 1 winner True Detective in an absorbing second cup heat, with little separating the pair in betting.

TAB has True Detective the $2.30 favourite from box one for Jeff Britton, with Captain Dynamite a roll or two behind him at $2.80 from box four.

The 26-month old son of Sh Avatar and Bunga Bunga booked his way into Thursday night’s group 1 heats with a 10-length 41.76 Sandown demolition at his staying debut on May 10, the fifth success of his brief nine start career.

“I had considered getting another 700 into him last week but it would have been too much for where he’s at,” Greenough said.

“There’s a bit of trepidation going into Thursday and whether he’s got the miles in his legs. I reckon he’s a dog that prefers to chase a speed so ideally I’d love to see him tuck into second early. He really wants to hunt down the leaders. In front he can look to cruise a bit.”

For Greenough, the rise to prominence of Captain Dynamite carries extra significance, sharing the ride with a band of UK owners who bought into the progressive stayer early doors.

“They’ve been a lovely group of blokes to deal with,” Greenough added.

“I own half and they own half and they are having a lot of fun. The syndicate head David Mitchell is happy with how it’s all going and the interest it’s creating is great for the industry as well. We’ve got a few dogs for them now and I’ve had another group on the phone from the UK wanting to get involved as well.”

Responsible for putting the polish on some top flight stayers during his training career, Greenough recalls Captain Dynamite’s group 3 semi-final win of the Vic Breeders Maiden at The Meadows in February as the run that confirmed his underlying talents.

“I started to really think after that he’d make it over further. But you never know until you get them over it.”

Just two weeks ago, the Greenough family celebrated the 12th birthday of their 2011 Sandown Cup hero Bobby Boucheau, still very much a part of the setup at their Pearcedale property.

“Angie even threw a birthday hat on him the other week for his birthday,” Greenough laughed.

Greenough takes a three-pronged attack to Sandown this Thursday night with Houdini Boy and You Tell Me joining Sandown Cup hopeful Captain Dynamite.

Houdini Boy takes his place in race one, the GRV Vicbred Maiden Final (515m), while You Tell Me tackles champion sprinter Hooked On Scotch in race eight.

“Houdini Boy can run 29.30 at Sandown but we just haven’t seen it yet,” Greenough offered.

“His box manners are letting him down. He’s a ferocious chaser and has a huge motor but hasn’t put it all together yet. And box draws aren’t helping. I know the Daillys have a big opinion of the favourite (Gypsy Yankee) and we’ll struggle to beat it being honest.”