Catton Has Lofty Ambitions For Jasper The Jet

WHEN floods cruelled the Capalaba track seven weeks ago, loyal staff knew they faced a long hard road to get the straight track back up and running. 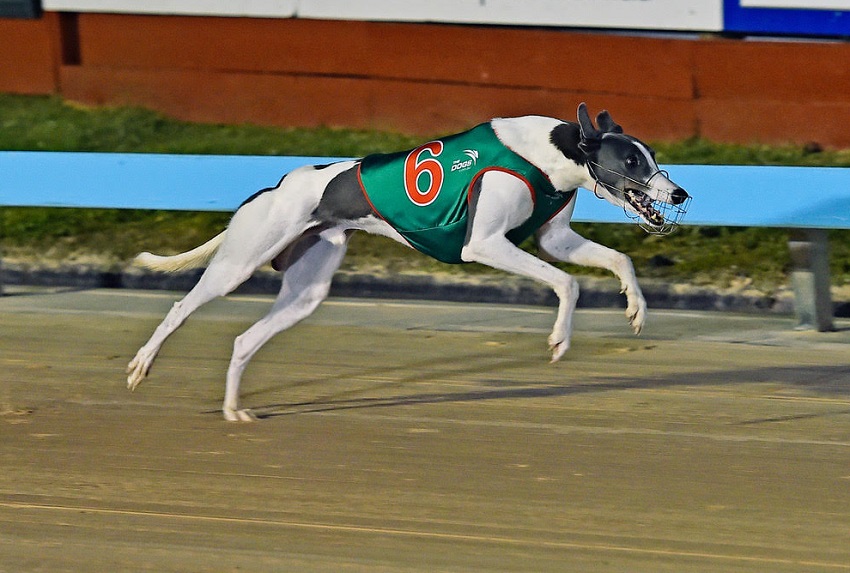 WHEN floods cruelled the Capalaba track seven weeks ago, staff knew they faced a long hard road to get Queensland’s only grass and straight track up and running.

They persisted and even in trying times took a moment to savor the return of Capalaba racing last Sunday and the bright future looking forward.

Club President John Catton said stakeholders had embraced coronavirus measures being in place for the foreseeable future and were all committed to upholding the standards to keep racing.

“Racing Queensland has released their guidelines that it’s safe to keep racing under strict measures and we’re more than happy to abide by them because trainers and staff alike are all rapt to have the track back up and running,” Catton said.

“The track held up a treat and played fair for all dogs from all boxes, we’re still probably slightly off where we were before the floods but it’s well and truly right for racing.”

Sunday was a win on a couple of fronts for Catton as his young chaser Jasper The Jet returned from injury layoff, winning in the fastest time of the day 19.80.

“He tore his achilles tendon, which is a significant injury,” Catton said.

“He was always going to have a lot of time off but we treated it locally and built him back up and there’s no issue with the tendon now, so he’s back stronger than ever.

“He was back to his freakish best on Sunday and we’ll just keep pushing forward because I think he’s only about 90 percent fit and we want to get to one hundred by racing him not trialling.

“I’m in no rush to get him back to the five hundred, over the next six to eight weeks I’ll gradually build him up to where he’s fully wound up.”

Catton knows all race dogs have a shelf life and he’s making sure he gives Jasper every chance to build on an already successful career.

“If he’s going well enough, we could consider a Winter Carnival campaign, but being a Victorian bred dog, there are a couple of nice country cups on around the same time which I think will suit him,” Catton said.

“A dogs racing career only lasts so long, I think it’s pretty pivotal to place them right, use up all their grades and maximise their potential.

“I do a lot of research making sure we’re racing in the right place.”

Most staff at Capalaba are there as voluntary employees passionate about having the track up and running.

“Credit has to go to the committee who have worked tirelessly as always in stressful times to get us back racing, these are people who are predominantly volunteers and do it for the love of the club,” Catton said.

“The amount of work that our volunteer curator Trevor McSherry, who not only had to deal with the flood but constant rain over the last couple of months when re-knitting the turf, without his craft and dedication we wouldn’t be back yet.

“Every day that goes by it gradually is coming up better and better, it won’t be long at all until we’re racing on the same or perhaps even superior surface before the layoff.”

Catton said the club was firing on all cylinders and was even in a place to take on Wednesday racing on top of Sunday meets soon.

“In a couple of weeks when Rockhampton closes off for renovations, we’re going to be taking on some of their meets on a Wednesday,” Catton said.

“When that does occur, we’ll be in line to take the Albion Park afternoon slot, while they take up Rockhampton’s night-time window.

“Everyone around the club is pretty excited from seven weeks of drama to hopefully holding two robust meets a week, it’s good to be back.”

With a total prize pool of $37,500 for the Capalaba Cup originally scheduled in March, the club were expecting top-notch nominations both local and afar, but with the postponement are now canvassing all options before settling on a date.

“The revised dates for the Capalaba Cup are currently the 26th of April and the 2nd of May, but with border restrictions that date may be subject to change,” Catton said.

“We have a couple of options, run it as a Queensland only event or wait until greyhounds are allowed across state lines again because we have a big Northern Rivers following and were even expecting some Victorian dogs with the prize money.

“The club’s aware we’ll have to make a decision and all stakeholders will be informed as soon as that’s done.”