AN astounding 23 race winning training streak for the Lisa Cole kennel came to an end in Tuesday’s last race at the Manawatu Raceway. 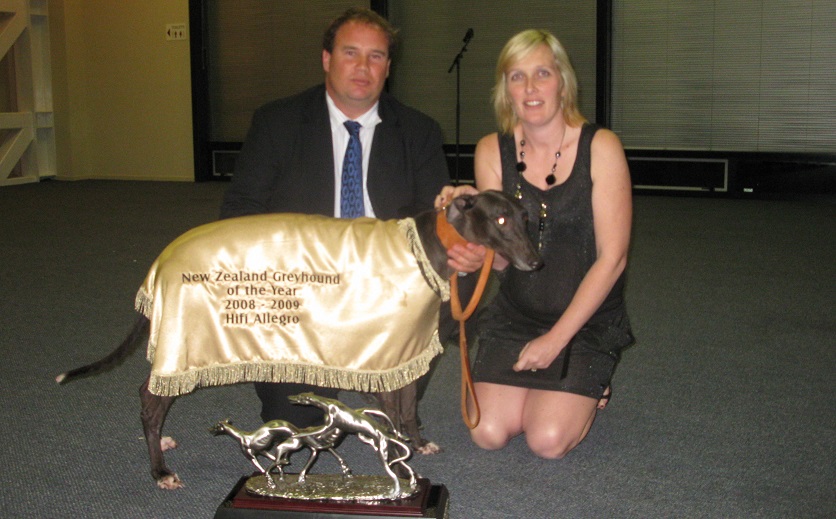 AN astounding 23 race winning training streak for the Lisa Cole kennel came to an end in Tuesday’s last race at the Manawatu Raceway.

After mentoring all 12 winners at last Friday’s Hatrick meeting, Cole prepared greyhounds merrily continued on their winning ways by claiming the first 11 races on her locally based Palmerston North track.

It was so close, yet so far of nailing another complete race card with her charge finishing second in the final race.

And just like Friday’s successes, it was greyhounds bred (11 of the winners) by Brendon and Lisa Cole which were to fore yet again yesterday, with all 11 winners taking their first breaths at their Palmerston North racing complex.

“We share the racing and home duties between our team and I was on home duties on Tuesday,” Brendon said.

“I was more nervous than Friday when I went inside to watch the last race, however both dogs made mistakes – that’s racing. I kept on pinching myself watching the wins unfolding.”

The Recorder spoke to Cole at 9pm Tuesday when he was organising handlers for Wednesday’s Hatrick meeting.

“It’s a full-on operation. After wrapping up today’s meeting we immediately switch our attention to the next day’s requirements.

“Yes, the 23 wins was very satisfying and the numerous congratulations we received from many within the industry was very much appreciated.”

Cole also confirms that the breeding onslaught the family has embarked on isn’t going to ease up anytime soon.

“We received some frozen semen from the USA today. We have quality brood bitches here so the resultant progeny should be interesting.

“Eventually we would like to introduce new people to greyhound racing. Craig (Rendle, major owner) and myself have been discussing how we can achieve that. We have crunched some ideas about racing some of the future litters – I guess you can say watch this space.

“Our ultimate goal is to breed and race greyhounds who can competitively race in Australia. I look at races like the Melbourne Cup and think ‘wow, it would be a major result for us to race a dog at that level over there’.”

Meanwhile the Cole train continues at Hatrick this afternoon.

Another batch of youngsters will undertake their qualifying requirements this morning with the intention of race debuting them next Wednesday.

On that basis you can confidently expect last season’s record-breaking tally of 861 winners to be easily reached and added to before the July 31 conclusion of the virus interrupted 2019/20 Kiwi racing season!