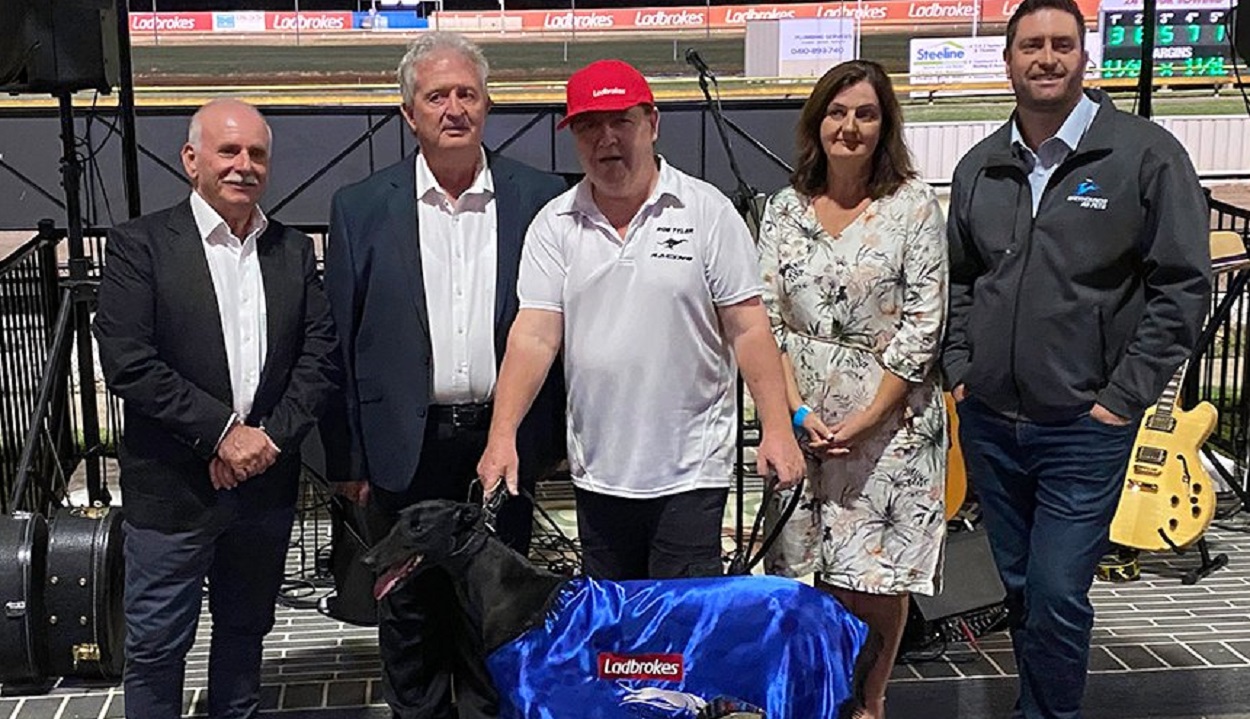 The all-the-way victory proved some consolation for the bitch’s NSW trainer Rob Tyler who was informed just hours before the race that his training licence would be suspended following the meeting due to alleged betting offences.

Owned in Queensland by regular trainer Robert Jacobsen, Crazy Cool was transferred to Tyler just five days prior to last week’s Oaks heats where the daughter of Barcia Bale was in a race against time to take her place in the series.

But she did, slogging away for a tidy 30.59 heat victory at her first glimpse at the Richmond circuit.

“We had a much better week this week,” Tyler said.

“It was a battle to get her to the races last week but I knew if she got through that she’d be all the better for it and she was.

“I’m just rapped for Bob Jacobsen – he puts a lot of money into the sport and he’s got himself a great bitch in her. I’m just thankful for the opportunity to train her while she’s here.

“And to win a Richmond Oaks means a lot as well. I feel like it’s my home track, I’m here all the time. To win a race anywhere is nice but this is very rewarding after what’s been a tough day.”

The Richmond Oaks now joins that list and on the strength of her stellar Oaks performance it won’t be her last either.