Dapto Romp Has Rita's Boy On Track For Meteor

HEATS of the Masters Meteor and Young Star Classic highlight the card of racing at Wentworth Park next Wednedsday night. 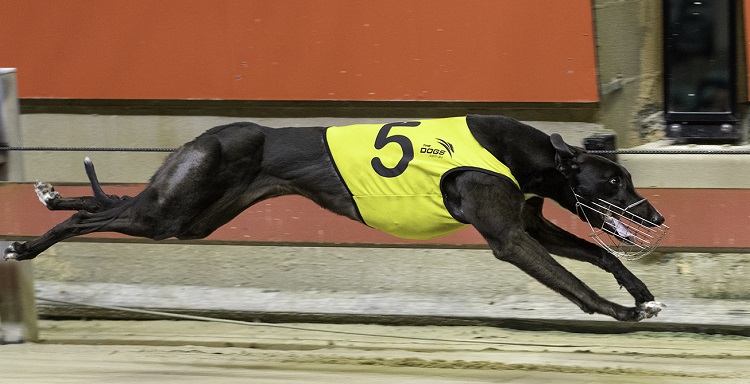 WITH qualifying on regional tracks for the TAB Million Dollar Chase at Wentworth Park on October 18 completed, attention – before the gala night – turns to Wednesday’s heats of the $100,000 to-the-winner Masters Meteor and Young Star Classic.

The inaugural Masters Meteor was secured in emphatic fashion last year by Cosmic Bonus and the now rising five year old returns to defend his mantle – and he’s in cracking form.

Since his career best 29.63 seconds effort 12 months back, Cosmic Bonus has added another 19 wins to an ultra impressive resume and returned to the Glebe circuit to contest heat two of the series boasting 55 wins from just 116 starts.

Rita’s Boy powered away to score in 30.01 at Wentworth Park two starts back, slicing through the final race section in a remarkable 11.55s and followed with a similarly emphatic 5 ¼ lengths romp at Dapto on Thursday, registering 29.88.

Mark Gatt has Rita’s Boy racing as well as ever and the June ’15 whelping will step out at Wenty for the 87th time for in an attempt to notch his 19th win at the historic track.

Interestingly, Springcreek Bill and Blabba Mouth clash in the third Meteor heat. The pair finished second and third to Cosmic Bonus in the 2018 finale and it’s a contest of genuine depth.

Blabba Mouth has been the benchmark in masters racing at Wentworth Park in recent months with the son of Magic Sprite now a 10-time winner at the track in age restricted company.

Also ready for battle is Little Digger – a half brother and kennel mate to Million Dollar Chase heavyweight Feral Franky. He and the in-form Zipping Potter (box four) will be suited by the reduced line-up and a pitched battle is assured.

The best graded runner in the series is John Finn’s Really Unreal in heat one (Race 1). The black bitch has raced almost exclusively at Wentworth Park in her 25-start career and boasts nine wins at the track including two in Free For All company. Such is her edge experience-wise, Really Unreal has more wins at Wentworth Park than any rival has accumulated in totality.

Action gets underway on Wednesday at 7.05pm with winners and runners-up in the YSC and Masters Meteor qualifying the finals which serve as a tasty entrée to the TAB Million Dollar Chase on Friday, October 18.