A major market reshuffle will occur for Friday’s $45,000 Spion Rose when pre-post favourite Bigtime Cooper is scratched from the group 1 event. 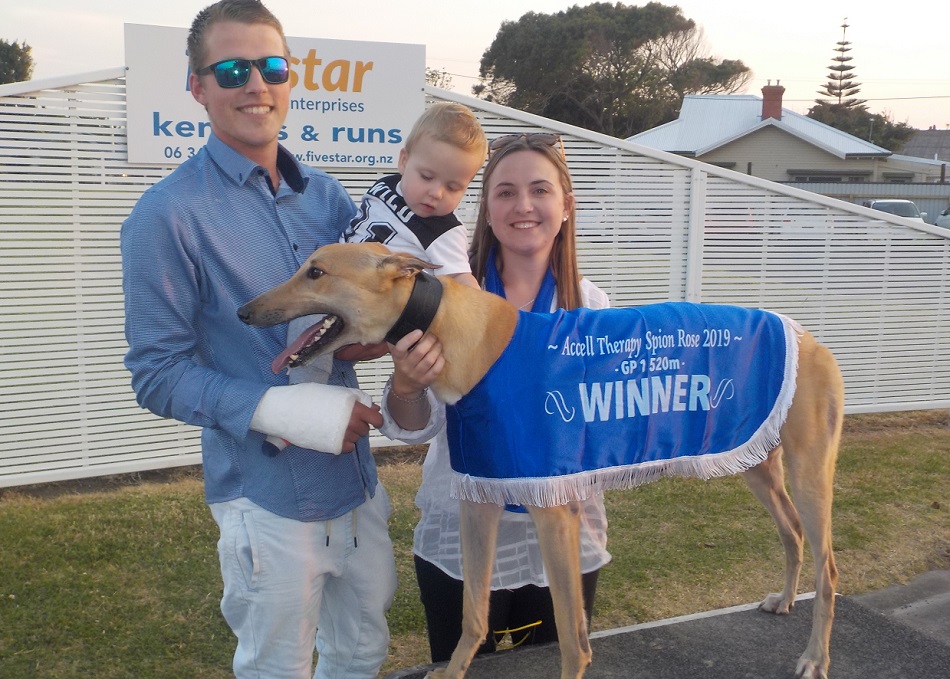 A significant market reshuffle will occur for Friday’s Hatrick hosted running of the $45,000 Spion Rose when pre-post favourite Bigtime Cooper is scratched from the group 1 event.

Brendon Cole told the Greyhound Recorder that the freewheeling pacemaker will be withdrawn after losing a battle with time to overcome soreness following his 30.31 heat win last week.

“(Bigtime) Cooper pulled up sore from his heat and we have run out of time to get him right,” stated Cole.

On that basis you can expect the trap-one drawn Big Time Izzy to shorten right in following her dashing 30.08 heat win for Lisa Cole.

“She went terrific in her heat and she’s more than capable of leading throughout,” said Cole.

Another kennelmate Big Time Harley skipped through his heat assignment in a slick 29.92, however his claims weakened after being allocated trap-six.

“He doesn’t have the early pace others have to clear early traffic, although if he can secure gaps at the right time, then yes he can win it,” added Cole.

“She has no option but to jump straight onto the pace. She can run out a strong 520m,” suggested Cole.

Ozzie fell in the New Zealand Cup when he started favourite for Canterbury trainer Daniel Lane. He was sound in delivering his 30.36 heat win and is expected to be right in the mix from his trap-three draw.

A likely improver from his track debut heat outing will be Zipping Sheldon for Craig Roberts. He gamely chased home Big Time Harley and has been provided with swooping claims from the eight-trap.

He’s All Shine (pictured) won last year’s Spion Rose Final for his young conditioner Sam Lozell and he’ll hop away from the tricky trap-five in an attempt to defend his title.

Lisa Cole mentored sprinters completely dominated the Group 2 $15,000 Dash For Cash heats by providing the winner from all five of the 305m heats.

Included was last year’s winner, the resilient Trojan Hoarse which nailed his 57th career win via his 17.39 heat success.

The biggest obstacle to him claiming another group race win here is his sharp 17.25 heat winning kennelmate Big Time Brie.

“Trojan is a truly professional sprinter, while Brie is an exceptionally fast dog.

“I would expect whoever leads out to lead all-the-way,” advised Cole.

“Big Time Fairy (17.47s heat win) is getting fitter following a season and Big Time Jonie (17.40s) can pull out a sharp sprint.

“Giraffe Club (17.64s) isn’t as quick as the others, although he can tough out a torrid sprint,” added Cole.