INFRARED Lad will be sitting in his Canungra kennel on Saturday night missing out on a chance at group 1 glory in the Rookie Rebel (600m) at The Meadows. 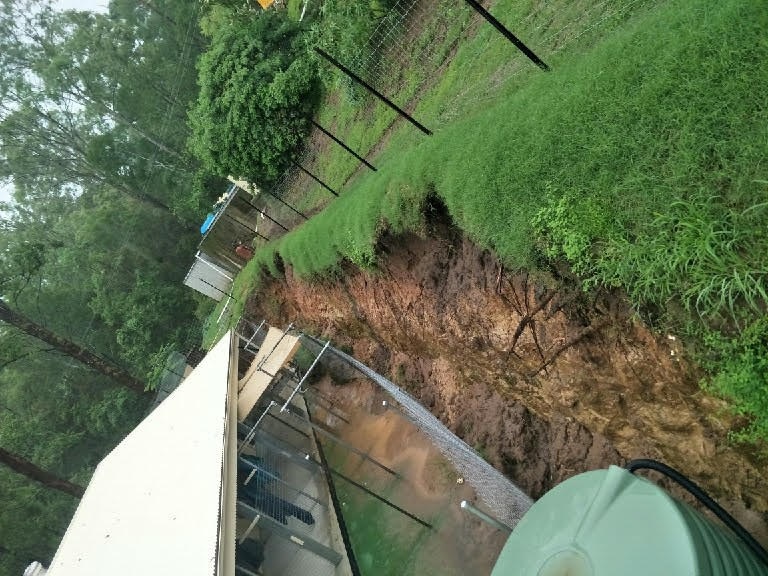 QUEENSLAND middle distance star Infrared Lad will be sitting in his Canungra kennel on Saturday night missing out on a chance at group 1 glory in the Rookie Rebel (600m) at The Meadows.

Infrared Lad, bred, owned and trained by Joanne Price, is not injured and Joanne admits she was desperate to give him his chance in the rich feature race.

But, Joanne has a greater problem facing she and partner Jason at their Canungra property which has forced them to scratch Infrared Lad from Saturday’s invitation-only event.

“We have had some excavation done on the property at Canungra and unfortunately with all this rain it has caused some grave problems and our home and brand new kennel block are in danger,” said Joanne.

“The stewards came out a day ago to pre-race swab the dog and we informed them of the problems,” said Joanne. “They informed the stewards in Victoria who contacted us last night.”

Joanne explained that Jason was about to drive to Victoria with Infrared Lad but he was needed at Canungra.

“Infrared Lad is not a dog that can be flown,” she said.

“We had already organised a camper-van, and a motel for the dog when he arrived in Melbourne.

“And there is no way he could be sent to another trainer.”

Joanne said both she and Jason were looking forward to running Infrared Lad in the Rookie Rebel.

“He loves a wide box draw, loves going to a new track first-up and it would be his last opportunity for a race like this,” she said.

“But we have to have priorities, and our home and kennel block are at risk. I’ve been desperately trying to find someone to come and stabilise everything, but can’t get anyone.”