TALENTED sprinter Gilded Lady has been retired to the breeding barn after breaking a bone above her hock in a race at Richmond on Friday night. 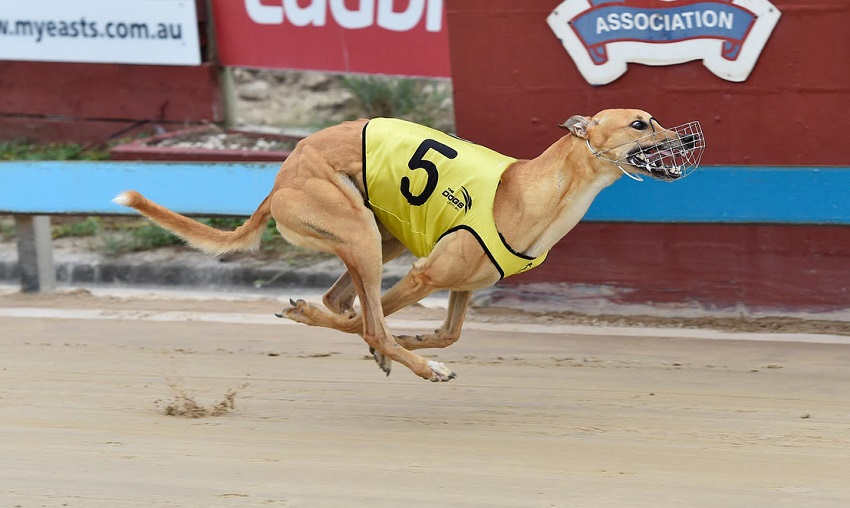 TALENTED sprinter Gilded Lady has been retired to the breeding barn after breaking a bone above her hock in a race at Richmond on Friday night.

Owned and trained by Gayle Masterson, the daughter of Barcia Bale and Nyxie, a half-sister to grand group winning chaser Knight Sprite, retires with six wins from 27 starts.

And while disappointed that Gilded Lady’s career has drawn to a close, Masterson was full of praise for on-track GWIC veterinarian Aaron Lewis who Masterson says went on and above the call of duty in the aftermath of Friday’s Richmond program.

“I can’t speak highly enough of what Aaron did for her on Friday night,” Masterson beamed.

“Aaron carried her from the back straight all the way to the medicab and made sure she was comfortable the whole time until we left the track. He then texted me Friday night when we got home to make sure she was okay.

“Aaron told me he’s been doing extra research on pain relief for greyhounds’ and when I got to Belmont Vet on Saturday morning they told me he’d done a marvelous job for her.”

And as Masterson details, the concern demonstrated by Lewis didn’t stop there either.

“He called me on Saturday afternoon out of the blue just to check in and see how she was going – he didn’t have to do that but he wanted to,” Masterson said.

“It’s great to have someone of Aaron’s skill on course for participants but above that to show the care and concern he does is way on and above. I can’t say enough about him and I know others feel the same.”

And with that opportunity Masterson is considering sending Gilded Lady the way of Zipping Garth for her first mating.

Ironically, the two slugged it out two week’s in a row at Maitland in March and April last year, Gilded Lady finishing second to Jason Mackay’s unbeaten star chaser – turned stud dog – on both occasions.

“The first week he beat her by a long way but the second week my girl cramped and was only beaten three-quarters of a length at the finish,” Masterson said.

“Had she not cramped I think she might have got him that day!”