Greyhound Racing NSW (GRNSW) has today announced that 2,085 greyhounds have been rehomed by the industry across the past seven months. 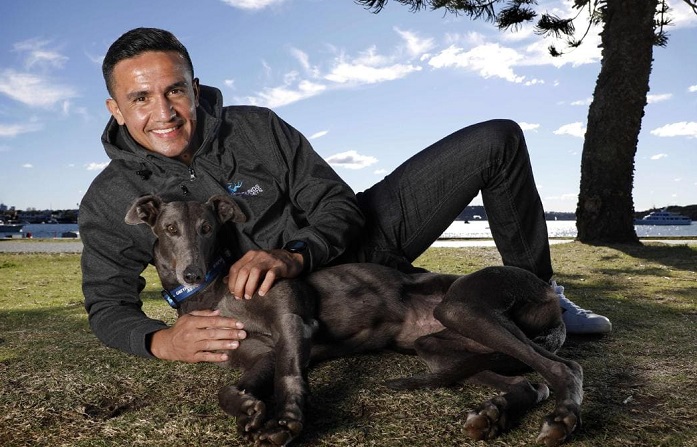 Greyhound Racing NSW (GRNSW) today announced the first of its greyhound care and welfare updates for 2020 with latest figures from the Greyhound Welfare & Integrity Commission (GWIC) showing 2,085 greyhounds have been rehomed by the industry in the past seven months.

In detailing the record rehoming numbers, GRNSW Chief Executive Officer Mr Tony Mestrov also announced a major expansion of the Greyhounds As Pets program into regional NSW – with six adoption regions to be established across the State.

“The industry is on track to exceed all rehoming targets set out in the GRNSW 2018-2021 Strategic Plan, which is the culmination of the industry’s turnaround over the past few years,” Mr Mestrov said.

“The latest figures are exceptional and clearly show the rehoming initiatives and programs are working.

“In the past seven months we have seen reported figures from the Greyhound Welfare and Integrity Commission (GWIC) of 2,085 greyhounds rehomed after leaving the industry.

The aim of the OIS is to support participants who would like to keep their greyhounds as pets or rehome them to family or friends once their racing careers are over, with the scheme now providing funding for a greyhound to be desexed, have any minor dental work done, and have booster vaccinations carried out.

Mr Mestrov said the Greyhounds As Pets program had undergone an operational restructure after a review led by new General Manager Welfare Strategy and Development, Dr Alicia Fuller. While GAP runs adoption facilities at Wyee and Londonderry, the program is more than just adoption centres, it now focuses on achieving complete rehoming for all greyhounds involved in the industry.

The review has led to several new staff appointments and a strategic push into regional NSW to establish a more effective adoption network across the State.

“The new regional GAP programs are an important step for the industry’s overall rehoming success. With more than 70% of our participants outside the city, we are building a better rehoming pathway for all greyhounds in these areas – whether they race or not – and uniquely connecting regional owners and trainers, with their dogs’ adopters.”

Greyhounds As Pets has already established a thriving Southern NSW GAP program in partnership with the Nowra, Goulburn and Bulli Greyhound Racing Clubs in the Shoalhaven region.

“Now we are able to announce that similar regional GAP programs will this year be introduced in another four regional areas: the Riverina, the Western Districts, the Hunter and in the New England region,” Mr Mestrov said.

With the regional GAP program, instead of having to attend a facility, prospective new owners can lodge an application, and are then matched with a greyhound to their specific needs from the greyhounds listed with the Regional GAP programs.

“This has already proven to be hugely successful in the Southern NSW program and a unique part of the program which is working extremely well, is that the adopters are able to directly communicate with the previous trainer or owner of the dog, to work out any likes, dislikes, or quirks about their new pet.”

The ongoing success of the GAP program follows a review and restructure of the operations, which led to Dr Fuller taking on her new role, with Dr Norman Blackman, the GRNSW’s Chief Veterinary Officer, moving into the role of General Manager of GAP Operations and Projects. New site managers have also been appointed at both Wyee and Londonderry Adoption Centres.

Just as GAP NSW is working closely with owners, expanding the program regionally, and working with other rehoming providers, GRNSW is continually working with GWIC around policy formation and welfare programs.

Rehoming of NSW greyhounds, either post racing or otherwise, is critical to the industry and a major pillar of the GRNSW 2018-21 Strategic Plan, and the theme of ‘lifetime greyhound care and wellbeing.’