GOOD Odds Harada and Shima Shine, first and second in last year’s Million Dollar Chase, have picked up exactly where they left off with at Bulli on Tuesday. 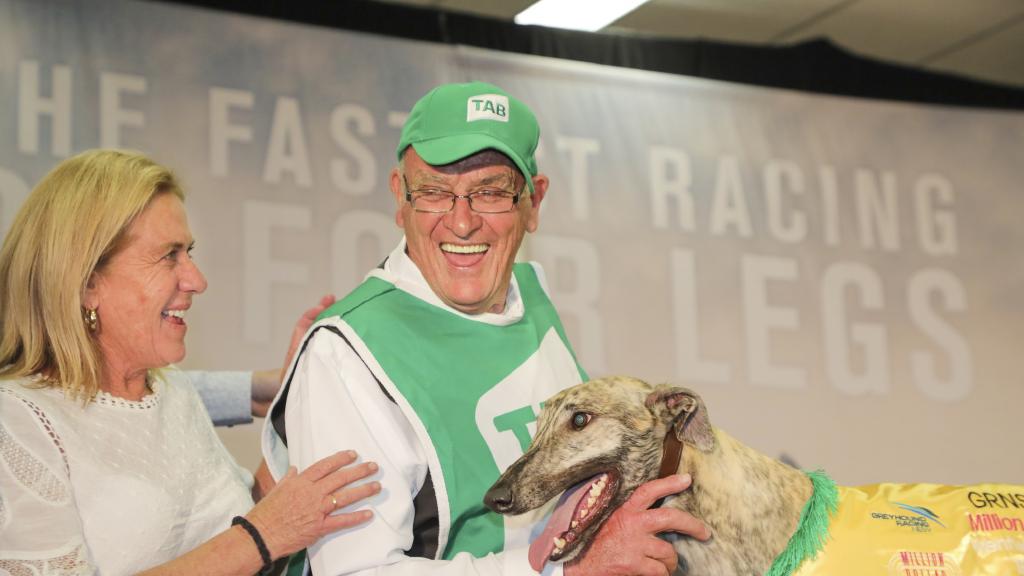 GOOD Odds Harada and Shima Shine, first and second in last year’s TAB Million Dollar Chase, have picked up exactly where they left off with sublime heat victories in the Bulli regional series on Tuesday night.

There’s nothing better than watching a fit and firing Good Odds Harada go about his business and the champion son of Collision and Solar Pak did just that in the opening heat to register a slick 26.14 victory.

But it was a performance upstaged on the clock 20 minutes later with Shima Shine carving out a near record 25.82 to land the second heat and set up a mouthwatering clash next week.

And only adding to an epic Bulli regional final was the outstanding performances of heat runners-up Stardom and Wow, the talented pairing running out of their skins to progress one step closer to securing an all important MDC semi-final berth.

Make no mistake, Shima Shine’s slashing 25.82 performance, just half-a-length outside Aston Dee Bee’s 25.78 track record, was out of this world.

But you can’t help but feel the night belonged to Good Odds Harada.

And on the strength of Tuesday night’s powerhouse win there’s no reason to suggest the brindle flyer can’t make his presence felt at the pointy end of the 2020 series either.

Stardom’s gallant second to Good Odds Harada confirmed he’s not going into next week’s final to make up the numbers.

It was a performance mirrored by Wow in the second heat for Karina Britton, holding onto Shima Shine in the run to the line in near record time.

Shima Shine’s thunderous Bulli effort will see him firm in betting for the $1 million to-the-winner grand final slated for Wentworth Park on October 16.

The son of Barcia Bale has been airborne in Victoria for Team Dailly in recent months, including becoming one of only a handful of greyhounds to break the coveted 29 second barrier at Sandown Park.

The Ballarat track record holder returns for this year’s Million Dollar Chase as the absolute finished product, having contested last year’s event as a wet behind the ears pup.

Connections have endured an injury ravaged run with the prodigious talent but with all that behind him looks set to make a huge impression in the MDC over the coming weeks.

That starts with next week’s finale where he’ll exit box eight, the same draw he had to win last year’s Bulli finale and progress through to the semi-finals.

Can history repeat? Only time will tell.