"He Was Everything": Ennis Announces Sad Passing 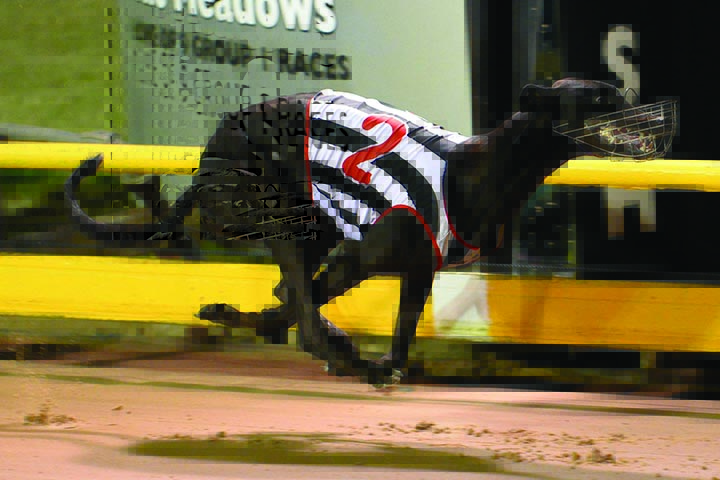 The son of Turanza Bale and Flamenco had just turned 10.

Jamie Ennis announced the loss on Monday saying Fabio had been troubled in recent times with cancer.

“The best dog Brooke and I have had,” he said. “But, he was more than a race dog to us. He was everything.”

From 52 starts, he won 26 and was placed 13 times for stakes of $479,000 with Group 1 wins in the Perth Cup, Temlee and Hume Cup. He ran an ACT track record while winning the Canberra Cup.

At stud, he has been the sire of winners of $17 million with $10 million of that coming from his offspring to win at 500m and beyond.

From his first runner, the winner Paradiso Lass (2nd G1 Maturity and G3 SA Oaks), he has become a stud dog to provide strength to his progeny.

Already his daughters are proving high class with Sheez My Chicki the dam of Group finalists Ice Cream Story, Teddy The Bear, One Dimension and Lock Master.

Ennis said My Bro Fabio was one of those rare dogs who could be relied upon to be sensational every time he raced.

“You took him to the track every time knowing there would never be a concern about his chase or will to win,” he said.

“He could come from last to win a Group race and he made really good dogs look average.

“The only problem we had was other dogs getting in his way.”

Ennis said the dog suffered early in his stud career.

“He had a delay of six months when he retired because of a cancerous testicle that needed to be removed,” he said.

“But, by the time he was right to start his stud career, along came Fernando Bale and Dyna Double One and they swamped the breeding scene.

“It was pretty hard to compete against Fernando Bale.

“Just lately he has been getting some matings, but we have not drawn him for a while because of his health problem.

“There are no more than about six vials still around and the Jones’ who bred him and own him, and ourselves, will keep those straws and use them in the future.”