GREYHOUND Racing Victoria (GRV) has scrapped plans to continue racing at Healesville if the COVID-19 pandemic brings a halt to the racing industry. 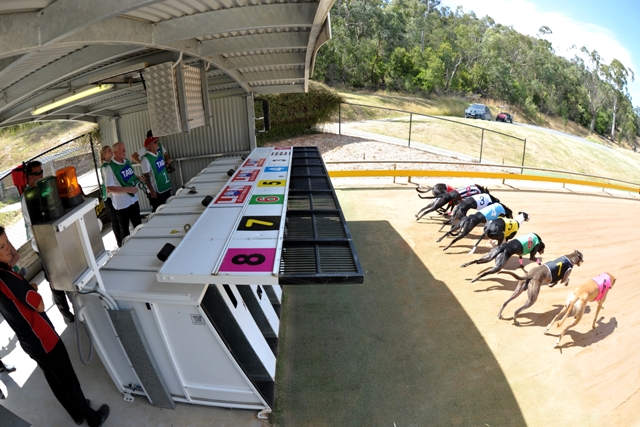 GREYHOUND Racing Victoria (GRV) has scrapped plans to continue racing at Healesville if the COVID-19 pandemic brings a halt to the industry.

On Wednesday, news began to break that the peak body was well advanced in its plans to maintain racing at Healesville – in isolation – if the industry comes to a stop due to the growing COVID-19 crisis.

And with the news well on its way to putting GRV on a collision course with its participant base, it’s understood the project has now been scrapped following a flurry of negative feedback from trainers.

“How it got as far as it did I’ll never know,” said one trainer.

With it looking increasingly likely that racing in the three-codes will cease at some juncture as state and federal regulations tighten, GRV had been quietly hatching plans for straight track racing to continue at Healesville even if racing does cease.

Last weekend, staff and participants were caught off guard when the Healesville race meeting for Monday was abandoned, with two subsequent meetings also canned due to the covert project.

The meeting cancellations were brought about by GRV beginning to set the Healesville precinct up with the fundamentals needed to continue if racing comes to a standstill.

It’s understood a handful of major kennels had been asked to supply greyhounds for the project with a commitment to enter into quarantine for at least three months.

A number of caravans were to be set up at the venue to accommodate isolated trainers and staff, while greyhounds would have been housed in the kenneling block.

Faced with the realisation that any cessation of racing will have a crippling financial impact on the industry, as being experienced with sports and industries all around the world, GRV had identified this project as a way in which to preserve some level of wagering revenue through trying times.

But to say the mooted plans had left a bitter taste in the mouth of rank and file Victorian participants would be an understatement, ultimately bringing the project to its knees.

“With everything going on in the world did they really think racing a few times a week at Healesville would make a difference to the industry?” said one trainer.

“98 percent of the industry would have been sitting at home working out how they are going to best get through this crisis – not to mention their animal welfare responsibilities – and GRV was essentially going to say to those people just sit back and watch a few major kennels continue to race each other.

“It’s just wrong and goes against everything they are meant to stand for – they totally misread the situation.”

With all industries feeling the full brunt of this catastrophic economic hit, many trainers were also concerned about the way in which greyhound racing would have been perceived by the public.

“It wouldn’t have just been Victorian greyhounds that looked terrible; it would have been the industry nationwide,” the trainer added.