KEITH and Lisa Hellmuth return to Dapto this Thursday night for the first time since Peter Rocket's heroic victory in the Group 1 Dapto Megastar. 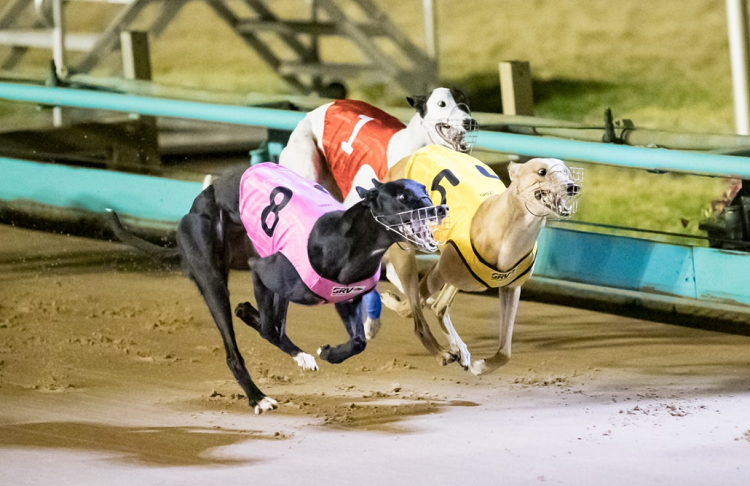 KEITH and Lisa Hellmuth have extremely fond memories of Dapto.

“It was a great night; he really deserved that big race on his record,” reflected Keith Hellmuth.

This Thursday night, Hellmuth returns to the scene of his maiden group 1 triumph when Start A Riot takes her place in heat three of this year’s Beteasy sponsored Dapto Megastar – the showpiece event of south coast greyhound racing.

The only interstate runner set to compete in the $75,000 to-the-winner series, Start A Riot, winner of the Group 1 Peter Mosman Opal at Wentworth Park in July, has been installed a $2.80 favourite by race sponsor Beteasy from her suitable box two draw.

“We’ve had the Megastar on the radar for her for a while now,” offered Hellmuth.

“The options were to go to Ballarat for the cup or make the trip to Dapto and we just thought that the 500 metres around two turns would suit her better.

“She’s a bitch that can’t be knocked around early and needs confidence so box two is a good draw for her; if she jumps and leads they’ll find it hard to catch her, she’s quite strong.”

And while Start A Riot continues to churn out terrific results, led by her group 1 victory in July, Hellmuth concedes that she can lose concentration from time to time in her races.

“The last time she went around at The Meadows she got the stewards attention so we decided to ease up on her for a bit,” Hellmuth explained.

“We’ve tried some different things and like to keep her guessing by moving her around so she’ll go to Dapto on Thursday without a trial. I don’t see that worrying her as she goes good first up at tracks, we didn’t trial Peter Rocket at Dapto before his Megastar and that turned out okay. I think the noise on the lure in NSW will help as well.”

Betting for heat three of the Megastar on Thursday night sees Start A Riot a $2.80 favourite from box two, just ahead of My Bro’s Ethics for David Smith at $3.30 from his box one draw.

The only other runner under double figure odds in heat one is the Jodie Lord-trained Electric Silk, drawn unsuitably in box eight, yet still quoted $4.20 early doors.

The slight favourite for the opening heat is the Mark Gatt-trained Tennessee Tiger from box one at $3.20, just ahead of G1 Paws Of Thunder winner Buck’s Future at $3.60 from box three, while the Peter Lagogiane-trained Double Back is a $4.60 elect from the checks.

Betting for the second qualifier has it as a match in two between Jamella Jet (box 1) at $2.50 and Federal Lilly (box 3) $3.10, while the fourth and final qualifier will see series favourite Good Odds Harada go around a slight odds-on favourite from box three.

The Million Dollar Chase hero returns to racing from a solid Victorian campaign and undefeated in two previous starts at the Dapto circuit, the son of Collision is expected to progress through to next week’s group 1 finale with minimal fuss for trainer Frank Hurst.