IN-FORM trainer Mal Ross points his boom youngster Phantom Clyde at the Group 3 Casino Cup heats over 484m on Friday with a degree of confidence. 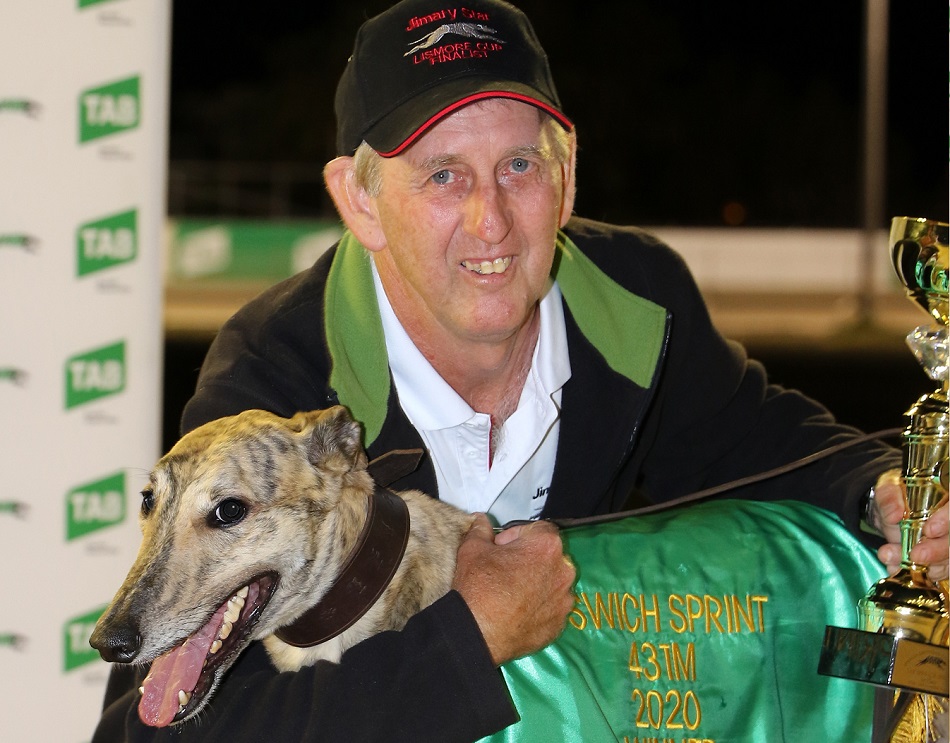 And why wouldn’t he?

Phantom Clyde (Fernando Bale-Clover Cottage) into the series with a record of 17 starts for 14 wins. He comes off a scorching 24.74 final win at Ipswich last Thursday night.

“He’s a machine,” said Mal of the dog who is raced by his long-time mate and former star Northern Rivers trainer John Free.

“The seven will suit him perfectly.”

“He’s is a much stronger dog now and more matured,” said Mal.

“His run home times at Ipswich in his past couple of runs have indicated he will get 520 metres.”

Mal admitted Phantom Clyde “got tired” in that 484m race back in August.

“But, he really takes off in the middle section and was 15 in front at one time.

“He would have smashed the track record if he had been able to keep up that sort of pace.”

Ross also has Phantom Clyde’s litter sister Phantom Bonnie, winner of seven of her 10 starts, in the Cup heats and she has drawn well in the eight.

Another litter sister Jimary Star won in 29.92 at Lismore on Tuesday.

Of Phantom Clyde, he says he is a “real race dog”.

“He’s not a silly dog like some, but a real professional,” he said.

“He really knows when it is race day.”

Mal has sold five already, three of them to John Free.

“John had to stick with the line of course,” said Mal.

“John is retired from training but every day he comes to the slipping track at Casino to help me gallop my dogs. He’s a great mate.”

Ross said he had heard a number of slick trials had been run by visiting dogs in the past week.