High Five For Bewley At Gawler

LEWISTON trainer Kevin Bewley was pinching himself all the way home from Gawler on Wednesday after landing a career best five winners. 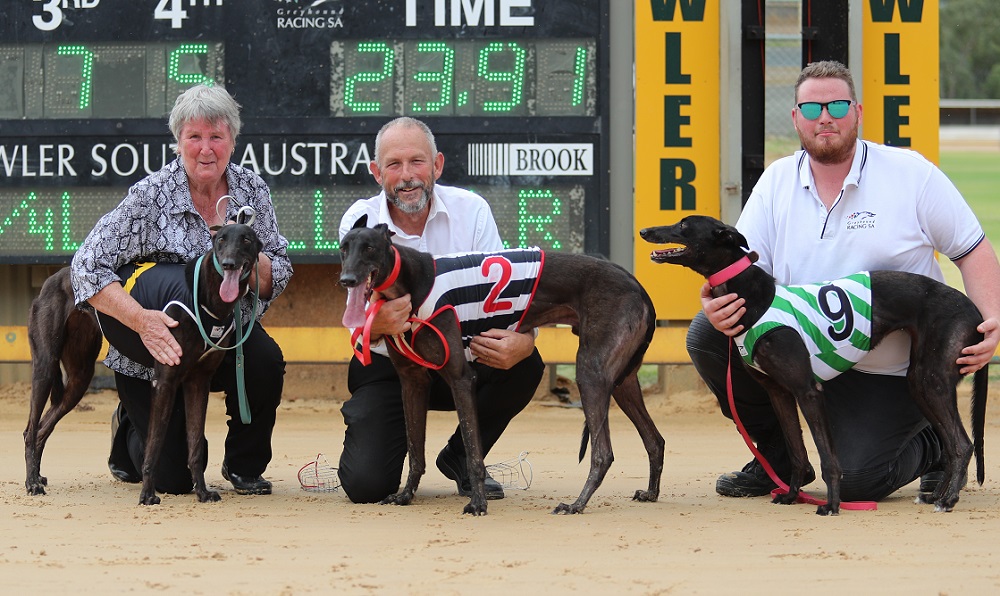 LEWISTON trainer Kevin Bewley was pinching himself all the way home from Gawler on Wednesday after landing a career best five winners.

And Kevin declared it was a day of firsts and one to share with some newcomers in the industry.

Bewley produced the trifecta when Danger Dan beat Breaking Stride and Molly Holly in the opening race of the day, a 400m maiden.

He then waited until race five to win with Callanish Sprite, the sixth race with Missing Queen, race eight with Right Exit and then Coco’s Dreamin’ in the ninth.

“It’s a huge thrill for me personally,” said Kevin. “But there are a few added bonuses from the day.

“And, a syndicate of young 21-year-olds headed by Cameron Foreshore and with all his mates, race Right Exit and Coco’s Dreamin’.

“It was the first double for the boys since they started in greyhounds recently, but even better because their only other dog, Uprise, won at Angle Park on Tuesday night as well.

“They could not believe their luck.”

Kevin said he expected Right Exit to win even though he started $15, but Coco’s Dreamin’ went out $2 favourite.

Kevin Bewley, who admits to being a “young 61”, was brought up in greyhound racing as a youngster and spent 10 years working at Angle Park as racing manager.

“But seven years ago I was looking for something to do as a hobby and came back to greyhound racing.”

He now has a 20-dog team at Lewiston and 13 of those went to Gawler to race on Wednesday.

“We got a few young dogs in the kennel that can make it,” said Kevin.

“While the five winners was great, I was just as pleased to see how excited Cameron and his mates were to have won three races in two days with the only three dogs they have.”

Bewley said he had trained four winners and was beaten in a photo for five a few years ago.

“Yes, Gawler on Wednesday was a pretty special day,” he admitted.

“One I won’t forget any time soon!”