JOE Lannutti of Punters HQ is optimistic about the chances of Punter’s Bandit in Friday’s Ladbrokes Zoom Top Maiden Final at Goulburn. 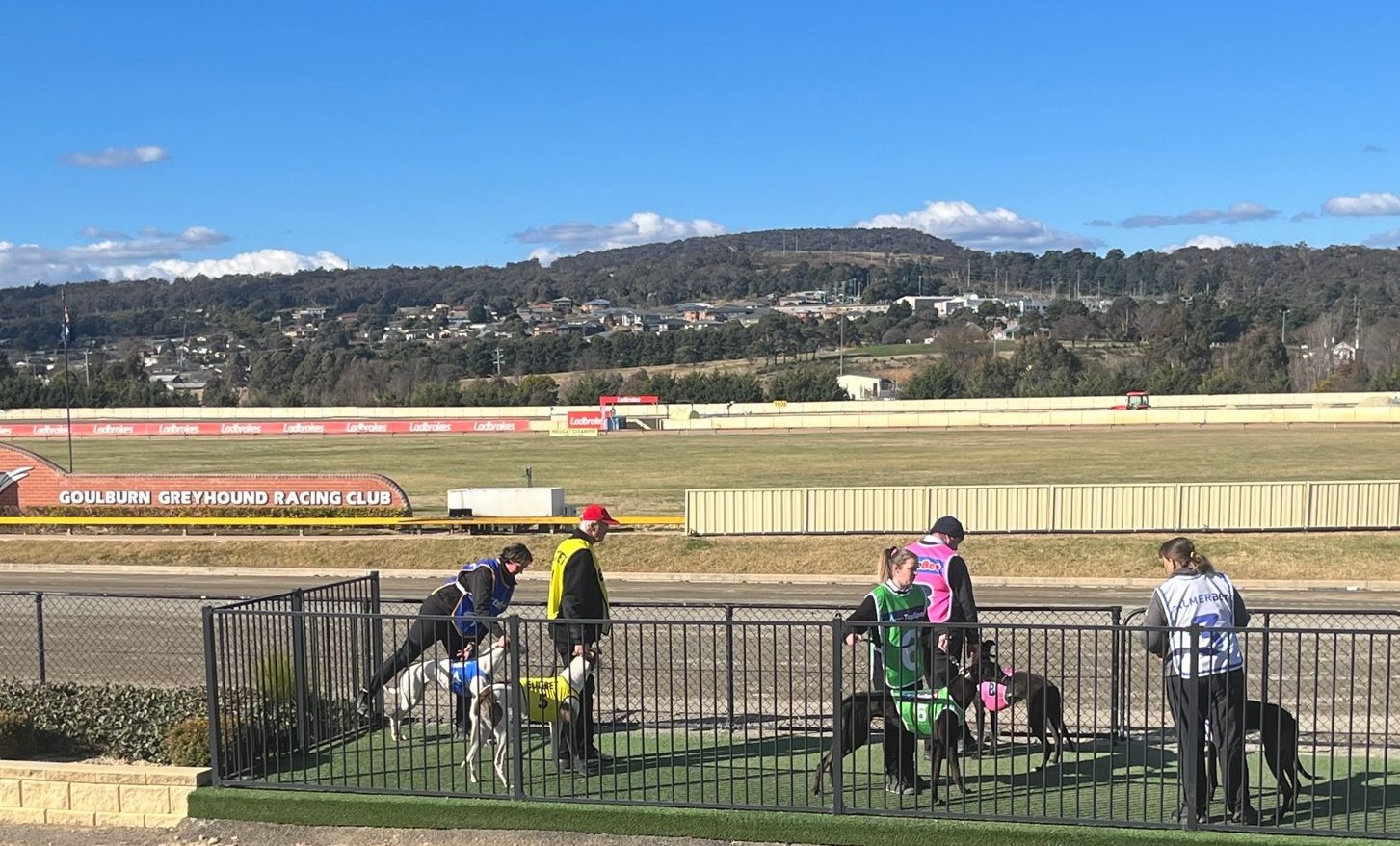 Punter’s Bandit was on debut in the heats and after being beaten for speed early, she rallied late to catch the eye in second, beaten two lengths in the third fastest of the four heats, run in 24.68.

The quickest time was recorded by Zipping Orlando which ran 24.56.

“She’s shaping up to be a nice handy little girl,” Lannutti said.

“Her run home was scintillating in the heats.

“In my time, I’ve never seen a run home any quicker than that from a dog on debut.

“She’s bred to get a little bit further, but I think she showed on day one what the future may hold for her.”

In the final, Punter’s Bandit has drawn box eight while the slickest qualifiers, Zipping Orlando and Rockstar Apollo (24.59) have drawn five and three respectively.

“She gets her chance to do her own thing out there and the six looks like it wants to chop across and it showed good pace in the heats.

“I don’t think box eight will be an issue.”

When asked what the dog Punter’s Bandit needs to beat to win the final, Lannutti steered away from the fastest qualifiers, suggesting Zipping Orlando’s litter sister Zipping Mercedes (Zipping Garth x Zipping Dharma) appears to get all the favours.

“I’m worried about the checks (2), Zipping Mercedes,” he said.

“I thought her run in the heat was huge, she had no luck at a vital stage.

“She gets a suck little run in behind them on the fence and there was money for her in the heat, she was $7 into $4 when the market opened so she’s obviously got a motor.

“I give her a sneaky hope and she’s likely to be a price.”

The Ladbrokes Zoom Top Maiden Final is slated to be run at 1.42pm on Friday.