FORMER NT trainer Jamie Hosking has a dream to win the Darwin Cup and with that in mind has shelved Qld's National Distance with Mick's Recall. 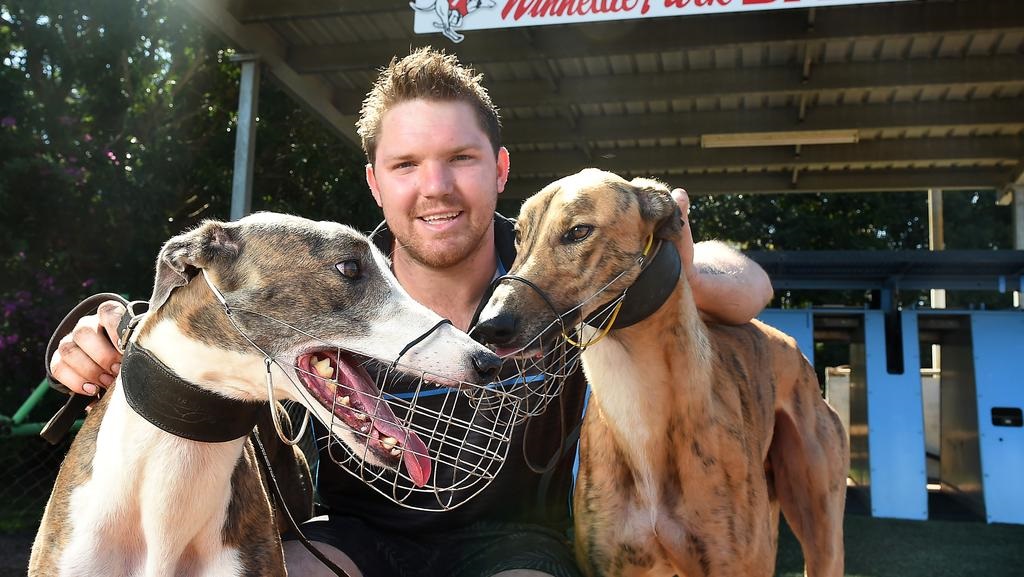 FORMER Northern Territory trainer Jamie Hosking has a dream to win the Group 3 Darwin Cup and with that in mind he has abandoned Queensland’s National Distance series with star race bitch Mick’s Recall.

Mick’s Recall has drawn box four in her heat of the Darwin Cup (537m) on Sunday night.

Racing Queensland decided to stage a Best 8 710m National Distance event on Thursday week at Albion Park now that the Group 1 Nationals series at The Meadows has been abandoned.

Mick’s Recall, coming off a 710 metre Albion Park win last Thursday night over Maggie Moo Moo, would have been one of the hotpots for the race.

But Hosking, who has been in Queensland for three years after being a leading Darwin trainer for years, discussed the Darwin Cup option with the bitch’s owner Phil Rae who instantly agreed.

“It’s Jamie’s dream to win the Darwin Cup and if we can give him that chance, then let’s go for it,” Rae said.

Mick’s Recall was on a plane to Darwin last Friday, less than a day after her 710m Albion Park victory.

She slipped post to post at Darwin last Sunday in preparation for her Cup heat this weekend.

“We were very happy with her slip which equated to a race time of 31.60 and that was pretty good,” Hosking said.

“It was tough on her with the flight and the trial but at least it gives her seven days to recover before the heats.

“I had to come back to Queensland to look after the team here so I have left the bitch with Adam Poulter who has a small team in Darwin and will look after her great.”

Hosking says he will fly back to Darwin next week if the bitch makes the Cup final.

“It will give me another chance to have a reunion with some mates up there,” he said.

Hosking says the four box in the heat is “not ideal” for Mick’s Recall but says the trio inside her are quick early and he is hoping they give her a clear run at the first turn.

Phil Rae is confident the 537m at Darwin will ideally suit his bitch.

“The distance in Darwin is one where you need a strong 600 metre dog,” he said. “Queen Lauryn won the Cup and she was a 700 metre bitch.”

The Darwin Cup winner will take home $25,000 while the one-off Queensland Nationals Distance series is worth $22,000 overall.