TRAINER Jamie Hosking only made the move from Darwin to Churchable three years ago but he already considers himself a proud Queenslander. 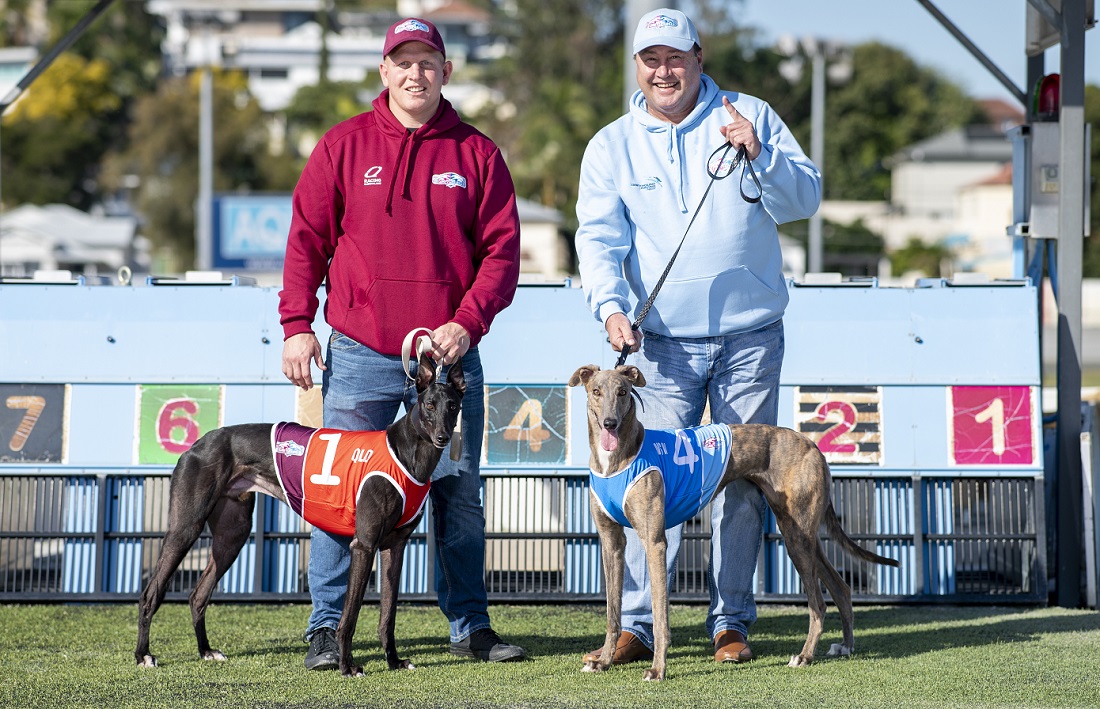 JAMIE Hosking only made the move from Darwin to Churchable three years ago but he already considers himself a proud Queenslander.

And it’s for that reason the budding young star of the Brisbane training ranks is bullish about Mick’s Recall delivering Queensland a winning start to the TAB State of Origin series at Albion Park on Thursday night.

“I made the move from Darwin three years ago and feel every bit a Queenslander now so to represent the state on Thursday night is a big thrill,” Hosking said.

“The NSW contingent is very strong so it’s not going to be easy.

“Hopefully we can get Queensland off to the right start with Mick’s Recall – I couldn’t be happier with her going into the race. She’s spot on.”

Hosking, who celebrated his 26th birthday Wednesday, lines up Mick’s Recall in the Origin Distance (710m), the 12-time winner returning to her brilliant best with an 8 ½ length romp last Thursday in a sparkling 41.82s.

“It was just her second race start since December so it was great to see her go the way she did,” Hosking said.

“Late last year she tore her hip then after that hurt a toe before coming on season so it’s just been one thing after another.

“But if anything I think she’s come back even better and one thing about her is that she’s a true competitor and loves racing.

“At first I was disappointed with the wide draw but the more I look at it I think she’s suited out there,” Hosking said.

“She prefers to go around dogs but will rail if she needs to. Looking at her sections from when she won back in November I think she’ll find a tenth or so late.

“Last time in I managed to get some 600s into her before stepping her up but that hasn’t been possible this time. She’ll take plenty out of last week.”

In the Origin Sprint (520m), NSW is represented by three of the top four in betting, with Zipping Kyrgios (box one), Wow (box four) and Handsome Prince (box two) each enjoying strong support.

Jungle Deuce goes into the clash fresh off his pulsating Flying Amy Classic victory for trainer Jack Smith who in 2019 claimed the Flying Amy/Origin Match Race double with his superstar Feral Franky.

Betting suggests so with Jungle Deuce favourite for the $25,000-to-the-winner match race.