INJURY has brought a premature end to the racing career of talented Queensland stayer Radar Gunn which has been retired to stud. 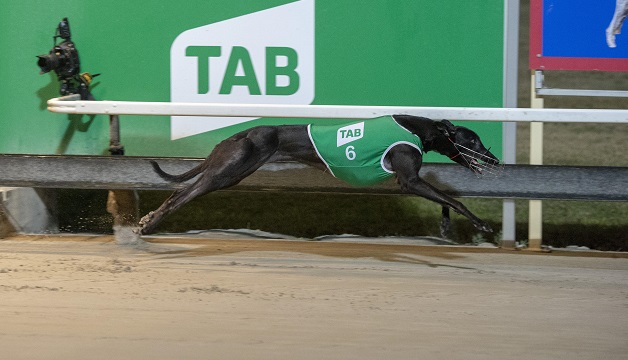 GROUP 1 class stayer Radar Gunn has broken a hock and will not race again.

Owner Jayson Gunning confirmed today the daughter of Magic Sprite-Miss Barcia had broken down in an Albion Park trial on Wednesday night.

She will be immediately retired to the breeding barn.

Radar Gunn raced only 23 times for nine wins and seven placings earning $48,000 but it was her future as a stayer that held for Gunning and trainer Jeff Crawford the most hopes.

She had already been a finalist in the Group 1 Topgun Stayers and the Group 3 Sydney Cup.

But she had also won at Albion Park in a scorching 41.69 over 710m which augured well for the up-coming Group staying races to be held over summer at Albion Park.

“Jeff is particularly devastated,” said Jayson. “Yes, we all are because she is such a great race bitch.”

Gunning is already making plans in regards to what stud dogs could suit Radar Gunn.

“We will probably whelp the bitch in WA because of all the great breeders bonuses available over here,” he said. “But the bitch will stay with Jeff.”

Radar Gunn is from the direct damline of champion Queen Lauryn.