EVERY time Des Winters heads to Casino or Lismore he is confronted by trainers wanting to know when the new Grafton track will be up and running. 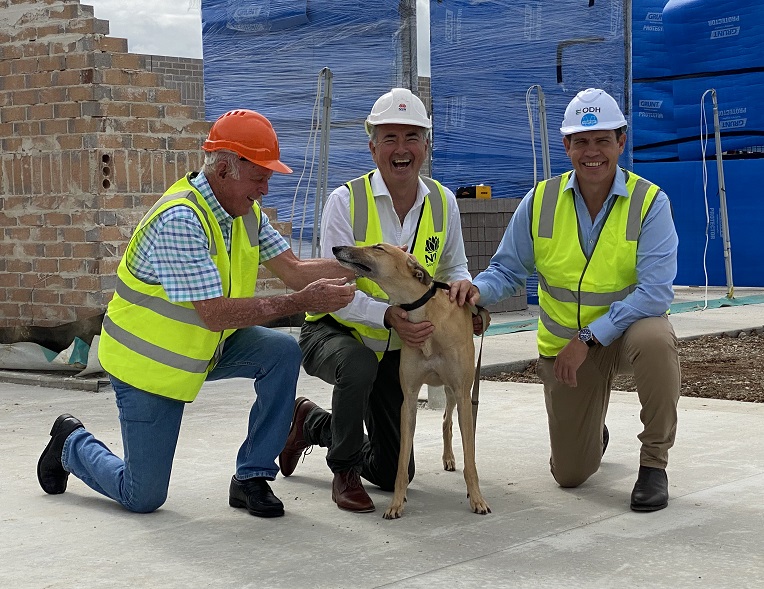 EVERY time Grafton trainer Des Winters heads to Casino or Lismore to race, he is confronted by at least two or three wanting to know when the new Grafton racetrack will be up and running.

On Thursday morning, GRNSW CEO Tony Mestrov and the Member for Clarence, Chris Gulaptis, went to the site of the multi-million-dollar Grafton track rebuild to check on its progress.

The Winters kennel caters for 17 race dogs and there are 10 pups on their way up.

“We have been racing all this time, during the reconstruction of Grafton, at Casino and Lismore, and to be honest, I’m getting sick of going over there,” he said.

“But, every time I do, at least two or three trainers ask me when the track will be ready at Grafton.”

Des has been vice-president of the Grafton Club for the past six years.

He, too, cannot wait for the track to re-open.

“I really can’t wait,” he said. “It will be a very, very good track. The corners are much bigger and sweeping.

“The kennel block is the biggest I have ever seen. It is really special.

“The whole complex is state of the art.”

Des, 66, has been a Grafton local since he went to high school.”

Mestrov admitted the recent wet weather on the Northern Rivers held concerns that the Grafton project could be delayed.

“But (Grafton club president) John Corrigan, and my General Manager of Tracks and Infrastructure, David Aldred, both assure me everything was still moving along well, and it was great to be at Grafton to see that work on what is the biggest project ever undertaken by GRNSW is on track, and expected to be completed by the end of April,” Mestrov said.

The Grafton track is the first new track built in NSW in decades, at a cost of $4.6 million.

Gulaptis said he made a commitment to local participants some time ago to not only secure the sport’s future in the region, but also to ensure safer racing.

“This new modernised facility will tick both boxes,” Gulaptis said.

Some of the features of the new facility are the latest technology in starting box design, lure and lure rail design, and track lighting design with full LED lighting of the oval track.

Corrigan is excited with the progress and counting the days until his club can be racing again.

“Despite some unseasonal weather over summer – and we have had an incredible amount of rain – it’s been fantastic to see the progress continue and I have been pleased to hear that we remain on schedule for completion of works at the end of April, in plenty of time for our huge Winter Carnival.”