TRAINER Robert Smith has ruled Lochinvar Chase out of the TAB Million Dollar Chase, electing a different path with the prodigious youngster. 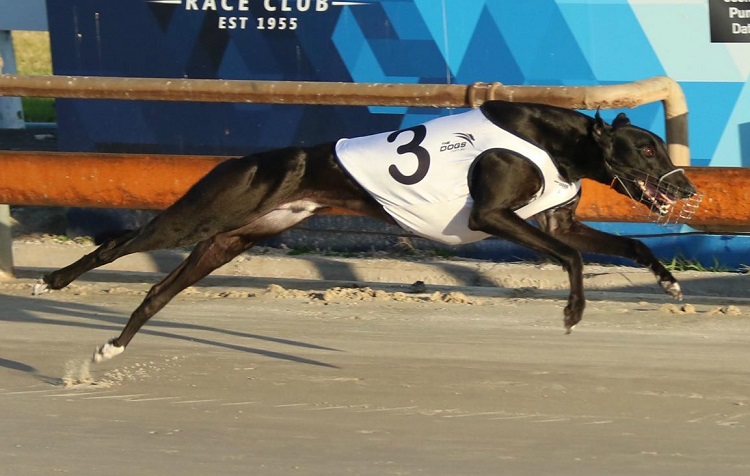 BOOM puppy Lochinvar Chase is out of the TAB Million Dollar Chase.

Winner of his two starts at Richmond in breathtaking fashion for trainer Robert Smith, the hugely exciting son of Barcia Bale was expected to contest next week’s Ladbrokes Gardens MDC heats on the strength of a brilliant recent trial at the venue, carving out stunning sections on way to clocking 29.50.

“He’s not ready – I’m not going to push him,” declared Smith on Wednesday.

“Realistically off the sections he ran in that trial he should have run 29.30 … I’ve got no doubt he will, even quicker, but it’s got to be when he’s ready not when I’m ready.”

While the Million Dollar Chase is off the radar for the prodigiously talented 20-month old galloper, Smith told the Recorder racegoers can expect to see Lochinvar Chase back at the races soon.

“He’s still in work … I’ll look to give him three or four 400s and bring him along that way,” said Smith.

“I got his blood count done last week and it was all over the shop, he busted himself in that Gardens trial and it knocked him around, you have to be 100 per cent to take on those kinds of dogs in a race like that … his time will come but it’s not now.”

All things being equal, Smith has earmarked next month’s $25,000 to-the-winner Ladbrokes sponsored Goulburn Cup (440m) for the star youngster.

“The Goulburn Cup fits in well for where he’s at; there will be some very good dogs there but if he comes along as I expect we’ll have a go I’d say,” Smith told.

“Around Christmas time I’ll look to step him back up to 500m … the Derby next year looks a good race for him.