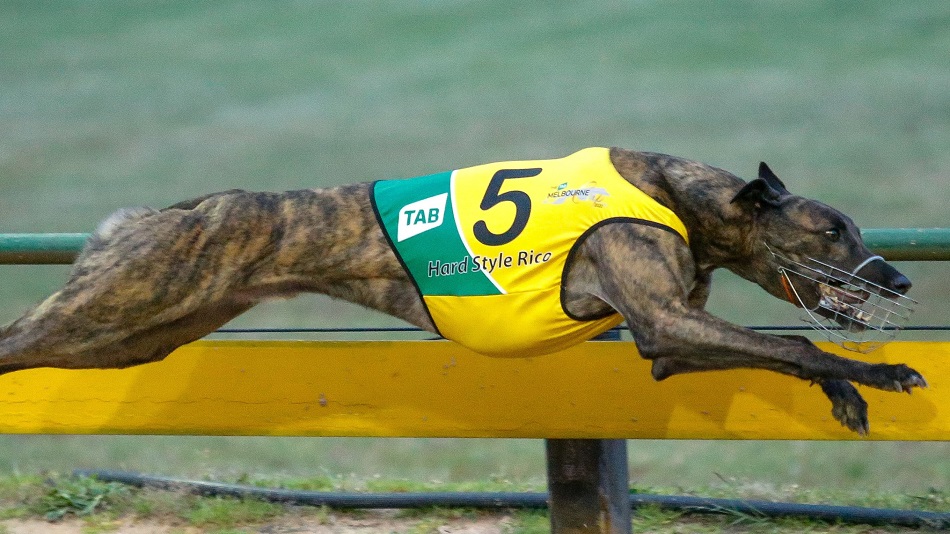 It was a fifth appearance in a Group 1 event for Hard Style Rico, which Pearcedale-based Karabitsakos also bred and owns, with his best previous finish coming when runner-up to Simon Told Helen in the Maturity Classic.

While Karabitsakos had to bide his time in the quest for Group 1 glory, it was undoubtedly worth the wait.

“What an experience. I’m speechless,” said an ecstatic Karabitsakos.

“This is the greatest race to be in and to have the dog win it and to win it in track record time speaks for itself.”

Despite his awkward draw, Hard Style Rico was well-supported, starting on the third line of betting at $5.70, behind $2.40 favourite Simon Told Helen and Western Australian pin-up Tommy Shelby at $5.20.

Karabitsakos was celebrating a long way from home after Hard Style Rico flew out to assume control, running 4.99s early.

He was never going to be beaten from that point, defeating a gallant Simon Told Helen by 5.5 lengths, with Tommy Shelby running third.

“What a great feeling,” said Karabitsakos.

“Emotions did run wild. I felt like I was fighting Mike Tyson and I was winning!

Hard Style Rico, a homebred son of Bella Infrared, has now won 21 of his 40 starts, having also claimed the Group 2 Shepparton Cup, while the massive $435,000 winner’s purse saw his earnings skyrocket to $632,530.

It was the second time this month that Hard Style Rico has upstaged Simon Told Helen, having also claimed the Australian Greyhound of the Year’s scalp in the Group 3 Silver Bullet at The Meadows, making a point after being left out of the Group 1 Topgun field.

The Karabitsakos family are becoming well-attuned to Group 1 success at Sandown, with Luckie’s brother Anthony guiding Black Mumbo to victory in the 2017 Harrison-Dawson.

It’s very much a family affair, with Hard Style Rico’s mother, Bella Rico, being a litter sister to Black Mumbo.