RON Marsden has been breeding good dogs for a while now and is adamant a Hooked On Scotch-My Lady Day litter he bred in November is "awesome". 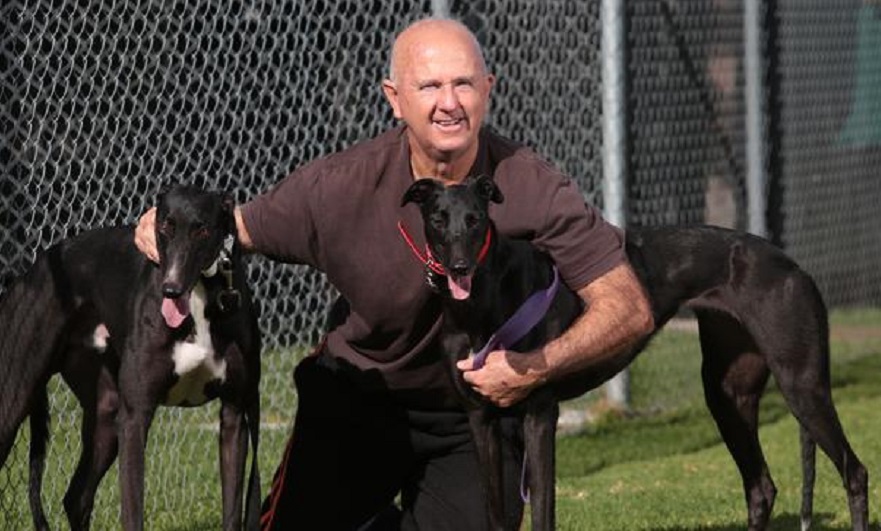 RON Marsden has been breeding good dogs for a while now and is adamant a Hooked On Scotch-My Lady Day litter he bred back in November is “awesome”.

My Lady Day (El Grand Senor-Arica Dora by Surf Lorian) was one of the first bitches mated to Hooked On Scotch when he retired from racing last year.

“We had six dogs and two bitches and the three of us in the bitch kept one each,” said Ron. “One of the partners then sold his pup.

“Two are being reared by Marty Hallinan and two others are with Glen Starr and from all reports they are awesome pups.

“We are extremely happy with ours.”

Hooked On Scotch (Barcia Bale-Nicki Fields), a Sandown track record breaker and multiple Group 1 winner of the Adelaide Cup and Hobart 1000, has been at stud since the end of last August.

“In that time we’ve sold 80 straws and 55 of those have been used,” said breeder, owner and studmaster Darren Puleio.

“That’s a great start to his stud career and we’ve had some very good bitches to him, My Lady Day being just one.”

“We went away from the Barcia Bale line in her next two matings, but have decided to come back that way via Hooked On Scotch for what will be her final litter,” said Ron.

“He was an awesome race dog and the Barcia line certainly puts in size to the pups. Couldn’t be happier.”

My Lady Day raced just 15 times for six wins but she was a 29.71 winner at Wentworth Park where she won five races.

Her progeny however have raced on 635 occasions thus far for 201 wins at the outstanding strike rate of 32 per cent.

Puleio says he was approached only recently by a breeder who bought a straw to Hooked On Scotch after seeing two of his litters being reared.

“He told me there was no comparison between them and the other pups being reared there,” said Darren. “I know I’m biased, but he is only doing what we expected of him.

“We are still selling plenty of straws each month and with the start of winter fast looming this can sometimes be unexpected.”