RICKY and Sonia Martin make the short dash to Launceston tonight armed with a quartet of runners, each considered a live chance in their events. 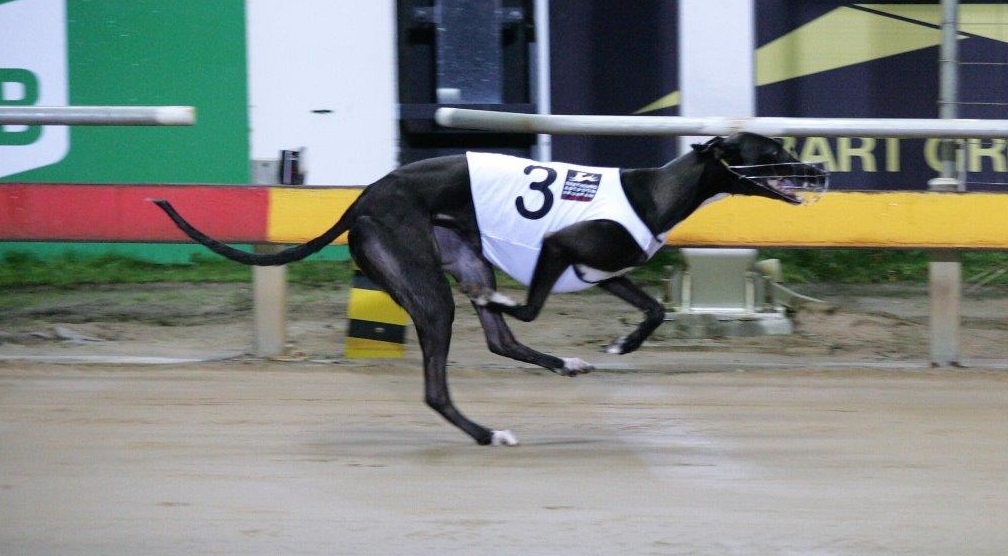 RICKY and Sonia Martin make the short dash to Launceston tonight armed with a quartet of runners, each considered a live chance in their respective events on the 10-race program.

The first of their runners lines up in race three where grand campaigner Woosha eyes a return to the winner’s list over the 278 metres from box five.

Winner of 18 races, Woosha has been in the money at 10 of his 15 Launceston 278 metre appearances, and back in grade for tonight’s 4/5th grade assignment, the son of St. Pierre looks poised to break back into the winner’s circle, his last success coming back in early September.

“He has quite a good record over the shorts at Launceston,” Sonia Martin offered.

“He can go quick early but he’s not getting any younger, if he comes out and gets to the rails he’s in with a chance in a race like this. It does look to suit.”

Quoted $3.30 in early markets, the veterans event looms as a spirited betting race, where with favourite is Fernando Bolt from box seven at $2.60.

The second of the Martin team’s runners is in race six where last start Devonport winner Lukey Mac steps out from box three over the 515 metres.

Most impressive when landing his second career win at Devonport last time out, Lukey Mac is $5.50 in betting to make it back-to-back wins, the son of Barcia Bale’s previous four Launceston efforts resulting in just the one minor placing.

“He’s been finding trouble in his races but it hasn’t been of his own doing mostly; he crashes left when he comes out so that will decide his chances tonight.”

Considered a strong chance tonight, Lukey Mac, owned by Australian cricketing legend Ricky Ponting, will need to get over the top of the Patrick Hall-trained Canya Jake in box one, the son of Shakey Jakey quoted an odds-on $1.65 favourite early doors.

One of the Martins better prospects for tonight’s program looms in race eight where Flash Comet looks boxed to return to the winner’s list from the one alley.

“She’s a Breeders Classic winner at the track and she really needs some confidence; hopefully that’s tonight,” Martin said.

A firming $1.95 favourite for the grade 5 event over the 515 metres, Flash Comet is a winner at four of her 11 Launceston starts and if she runs anywhere close to her 29.81 personal best time at the track, expect her to be too slick for her opposition this evening.

“Hopefully she just jumps, leads and wins; she’s been knocked around a bit lately and a confidence boosting run from the inside will do her the world of good.”

Betting markets suggest the last of Martins runners is the best of their chances when Leishman sets sail in race nine from box one over the 278 metres.

A litter brother to fellow Ponting-owned runner Lukey Mac earlier in the program, Leishman is drawn to get all the favours from box one tonight and on the strength of some powerful recent performances, should justify his odds-on quote for punters.

“He’s 35 kilos and can be a hit and miss early so it will depend how he comes out,” Martin said.

“He can anticipate it right and fly out or get it wrong and be slow away; I’ve kept him to the shorter trips because he’s such a big dog I’ve been worried about him getting around the turns. Hopefully he can use box one tonight. I’ll look to put him further soon.”