CHAMPION trainer Ted Medhurst will be eyeing a seventh Tasmanian Sprint title when the series kicks off at Launceston this Thursday night. 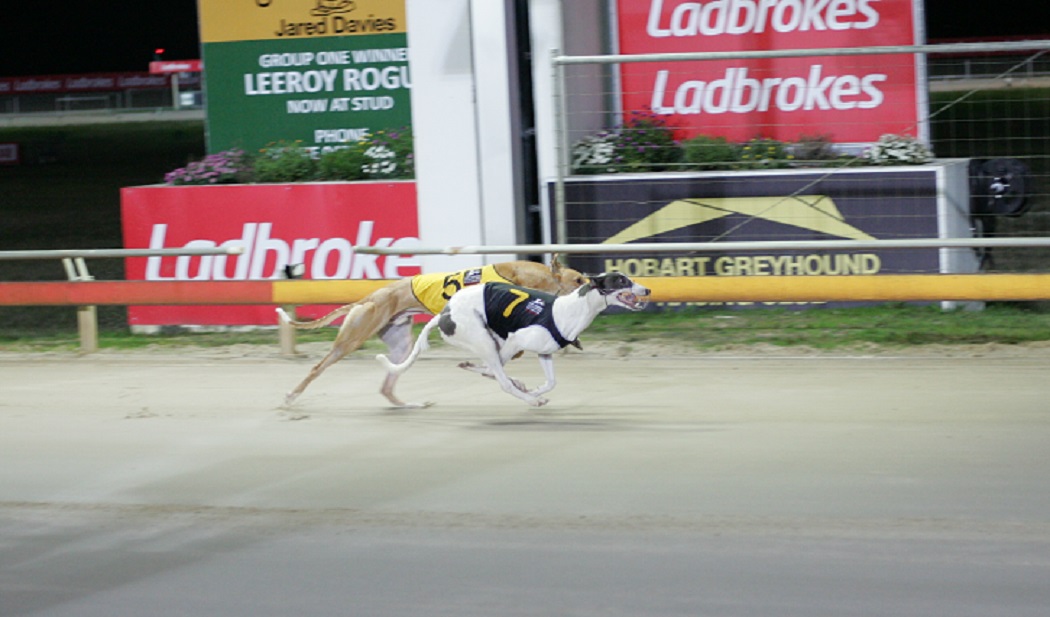 MANGALORE trainer Ted Medhurst will be hoping Media Paso can continue her terrific recent form when she lines up in the second heat of the Tasmanian Sprint Championship (515m) at Launceston on Thursday night.

Media Paso has drawn favourably in box one and has been well supported in early betting firming from $4.20 into $3.60.

From box seven, Media Paso, which has only called Tasmania home since June, clocked 26.29 to record her eighth career success.

Campbell purchased Media Paso mainly for breeding purposes and has left her to race with trainer Ted Medhurst.

Despite her great form, trainer Ted Medhurst says the ex-NSW chaser needs to begin with force in a race stacked with plenty of talented chasers.

“Media Paso has lots of ability and has risen through the low grades quite easily,” the Hall of Fame trainer said.

“She couldn’t be racing in better form heading into the sprint heats, the rails draw is a huge bonus for her. She needs to really come out flying at the start because there isn’t much room for error especially against this field.”

The David Crosswell-trained Quick Joey Small is the $3.50 favourite from box three searching for his 14th career win.

Media Paso has won two of her three starts at Launceston over 515-metres having set a slick personal best time of 29.60.

While there will be no National Grand Final to this year’s National Championships, state pride is on the line in the local series.

Medhurst has won the state final on six occasions including with his his champion sprinter Buckle Up Wes in 2014.

Medhurst is also represented by Over The Anvil which is making the rise up in class on Thursday night for the sprint heats.

The son of High Earner jumps from box eight in the first heat against a quality field.

Ben Pryse races the classy chaser having won seven from 18 starts with two wins over 515m at Launceston in five career runs.

From the wide draw, Over The Anvil is the $2.45 favourite ahead of Pages Creek which is next in betting at $3.30.

The third and final Tasmanian Sprint Championship heat at Launceston sees Vintage Fame the pronounced $2.40 favourite from box one.

The first two placegetters from the heats will progress through to the final worth $6,955 to-the-winner next Thursday.