THE extraordinary deeds of Fernando Bale, Barcia Bale & Fabregas have scaled even dizzier heights with their progeny surpassing $200m in earnings. 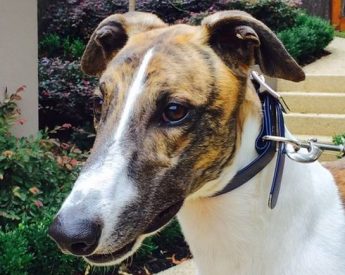 THE extraordinary deeds of Meticulous Lodge sires Fernando Bale, Barcia Bale and Fabregas have scaled even dizzier heights with the trio’s progeny bursting through $200m in stake earnings.

This Saturday night at The Meadows will see the Group 1 Topgun (525m) and Group 1 Topgun Stayers (725m) staged which brings together the eight best sprinters and stayers in the land.

Offspring of Fernando Bale and Barcia Bale are represented by no less than five runners in each of the two group 1 showpieces, their stranglehold on the Australasian breeding scene, if anything, getting stronger.

This week, prizemoney earned by the Meticulous Lodge trio’s stock rocketed to a staggering $201m which includes the $27.1m already amassed by Fernando Bale offspring in 2021.

That figure – in early November – has already surpassed the annual record his progeny set in 2020 of $23.6m.

“It makes you shake your head sometimes when you sit and look at the results they continue to achieve,” said Meticulous Lodge principal Paul Westerveld.

“And to see both Fernando (Bale) and Barcia (Bale) so well represented in the two Topguns at The Meadows on Saturday night is again very rewarding.

“People breed to race city and group dogs and that’s what the three of them continue to produce.”

Between the trio they are responsible for an astonishing 287 group winners since 2015, 82 of those at Group 1 level.

“Fernando Bale’s results last year were amazing but this year they’ve gone to a whole new level which is hard to believe,” Westerveld said.

“To have such a dominance over group racing – he’s had 44 group or listed wins in 2021 already. It’s amazing numbers. A dominance like we’ve never seen before.”

Winner of the Topgun in 2015, Fernando Bale will be striving to sire a second winner of the race on Saturday night having been responsible for 2018 victor Poke The Bear.

The record prize money achievement comes in the week that industry giant Paul Wheeler was laid to rest.

Barcia Bale, who passed away in September 2019, has only a few remaining vials available while Fernando Bale, nine next March, is going as strong as ever, as is Fabregas, who recently turned 11.