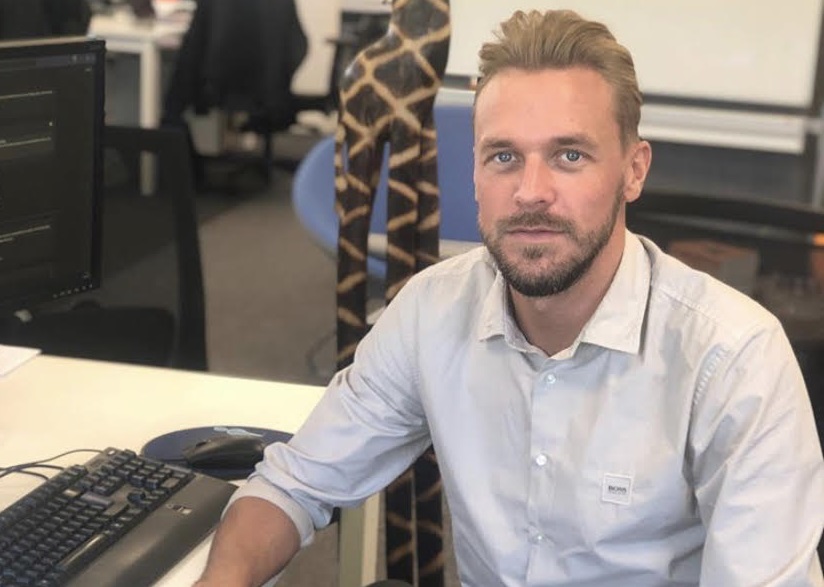 TWO and a half years ago David Mitchell, manager of UK-based Blue Tick Syndications, had the dream of bringing an international greyhound over to contest the time-honoured English Derby.

“Ben Keith, who owns Star Sports – the sponsor of the English Derby – was keen as well so I made contact with people in America, Australia and New Zealand in the hope that we could make it happen,” said David Mitchell.

“In Australia I dealt with Mick Floyd and Simone Fisher quite a bit but after going through all the ins and outs of the logistics and finances it just wasn’t viable. So we had to shelve the idea unfortunately.”

But while the burning ambition of bringing overseas representation to the English Derby was parked, what the fact finding mission did do was open Mitchell’s eyes to the level of professionalism and enormous opportunity that presents itself in Australian greyhound racing.

“Greyhound racing in Australia is just on a different level,” said Mitchell.

“To give you an idea, the English Derby is our biggest race, and it’s worth 100,000 pounds ($193k Australian). But after that the prize money drops away significantly in the UK. Against the prize money and opportunities in Australia, there’s no comparison really.”

At home In the UK, Blue Tick Syndications – which Mitchell comanages with Matt Newman – comprises around 70 owners and races seven greyhounds.

The best of those is Blue Tick George, the talented chaser right on track for a tilt at this year’s rich English Derby.

But as Mitchell explains, it’s the syndicates first foray into Australian greyhound racing that’s generating the biggest buzz of all. A passionate group of avid racing fans getting their first taste of the fastest sport on legs, ‘down under’ style.

“When we decided to get involved in the sport in Australia it was Sandown’s Mick Floyd who was a huge help to us,” Mitchell explained.

“Blue Tick Fern ran three really good races but came on season. With nothing racing we were getting impatient so we went back to Kel and he sold us a dog he owned called Captain Dynamite. Tyrone and Greg then sold us another of their dogs named One Night Only – a brother to Blue Tick Fern.”

Fast forward to The Meadows last Wednesday and both Captain Dynamite and One Night Only were impressive heat winners’ of the Group 3 GRV Vic Bred Maiden series (525m).

The Greenough-trained duo step out in semi-finals this Wednesday at The Meadows, with first and second from the qualifiers progressing through to Saturday week’s $25,000 to-the-winner final on Australian Cup night.

“There are 18 of the syndicate involved in the four dogs we have in Australia. We have a WhatsApp group and Kel and Jackie are always keeping us in the loop and putting up videos of the dogs.

“Because the races are on mostly in the middle of the night over here a few of the lads generally stay up and video the race and put it on WhatsApp. But the rule is they can’t mention the result so when everyone watches it for the first time the next morning it’s as if they’re watching it live.”

As the saying goes “success breeds success” and after a positive start, Mitchell says the desire of those to get involved in Aussie greyhound racing back home is growing by the day.

“At first some of the guys were a bit sceptical about getting involved in another country but now everyone has seen the level of professionalism and transparency I’m getting inundated,” Mitchell said.

But while Mitchell is lavish in his praise with the upward trajectory Aussie greyhound racing is on, he says he sadly can’t say the same on the home front in the UK.

“It’s not going forward nor is it going back – it’s just where it is,” Mitchell said.

“But to be truthful the way the prize money is you don’t bank on making a financial return here. The prizemoney is non-existent really. You race for ribbons.

“I’d say in the past two years our syndicate has invested $130,000 locally and got next to nothing in return. Some races you’re only racing for 200 pounds.”

Mitchell attributes much of the blame on the lack of investment being returned to the industry by UK bookmakers.

“A lot of the tracks over here are owned by bookmakers,” explained Mitchell.

“Trainers are contracted to supply a certain amount of product to the races but those bookmakers making the money aren’t investing enough back into the industry to make it attractive and viable.

“In Australia it’s completely different. The prize money returns are there but so is the professionalism and the coverage the sport receives. There’s just a real energy about the sport.”

That level of energy and professionalism has Mitchell’s syndicate champing at the bit to spread its wings even further into Australian greyhound racing, remaining hopeful that Greyhound Racing Victoria (GRV) and other state bodies can revisit rules around foreign ownership to allow that to happen.

“At the moment we can’t be a registered syndicate in Australia residing here in the UK,” Mitchell said.

“We’ve said to GRV we’d be happy to make concessions as to what that registration might look like so hopefully they come to the party. Currently our dogs are in the Greenoughs’ name as owner. We are just fortunate that we are involved with people that we have an enormous amount of trust, respect and honesty with.”

Through his work at the UK’s Racing Post publication, Mitchell has been following greyhounds for the best part of two decades.

“I go back to about when Brett Lee started,” Mitchell said.

“But there’s no doubt in my mind at the moment Hooked On Scotch is the fastest greyhound in the world. He’s something else.”

And as for what the next few years may bring for Blue Tick Syndications in Australia.

“I keep saying to people we’re not getting involved to take part; we’re here to take over. We are absolutely loving the ride so far!”