THE road to New Zealand Cup glory commences at Addington on Thursday afternoon with seven 520m heats being contested of the group 1 series. 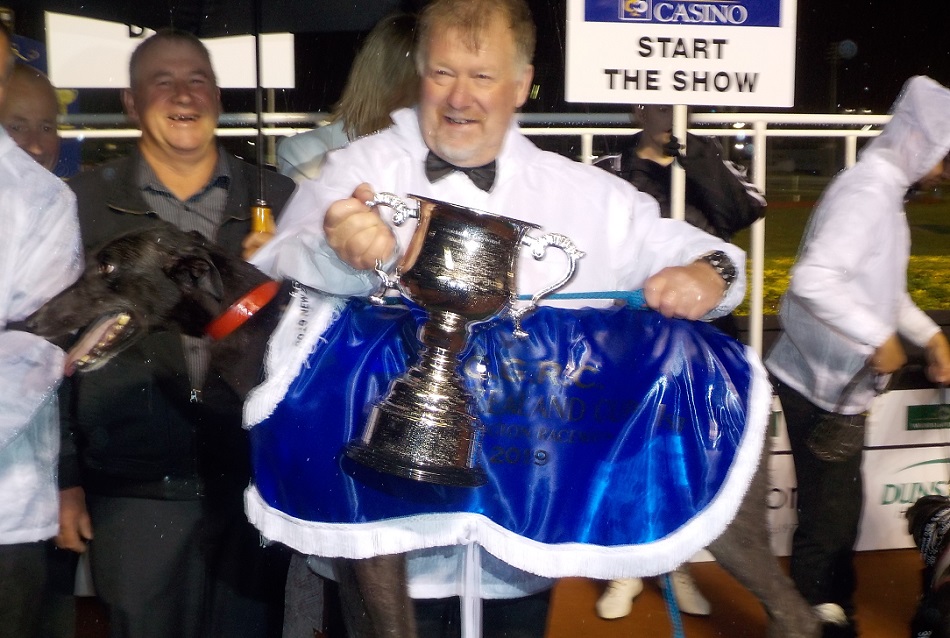 THE road to New Zealand Cup glory commences at Addington on Thursday afternoon with seven 520m heats being contested.

The series continues next Wednesday where four semi-finals will decide the final field that will return to contest the $100,000 November 12 group 1 final.

He will start as a hot heat favourite after being allocated the one-trap, the same box he won his last start group 1 527m Waterloo Cup title from.

Somewhat surprisingly, the NZ TAB bookies opened Leonard Bale as the $6 second favourite in the all in market.

Roberts is presenting former New South Wales based chaser Zipping Sheldon (race 4) for his NZ race debut after he recently stylishly requalified over 295m in 17.21s.

The powerful locally based Dave and Jean Fahey kennels have mentored four of the last eight NZ Cup winners and they have a fair sprinkling of heat contenders.

They have a couple of recently imported chasers which have quickly made an impression in the lower grades. Included is Ripstorm (race 2) and Rock On John (race 6).

All Consuming (race 7) has been competitive over the Addington 520m trip, while Max Dancer and Opawa Deal (both race 1) were NZ Cup finalists last year.

The current Sandown Cup title holder Bronski Beat made his NZ debut a couple of weeks ago when he delivered a solid Manukau 603m second for Cole.

Melbourne greyhound commentator James Van der Maat will be keenly viewing the heats with Van Nindi (race 3) and Van Evie (race 4) being prepared for him by Callum Weir.

Both are in strong current form.

The group 1 winner Ozzie (race 7) has been installed as the $5 futures favourite for his young strike-rate trainer Daniel Lane.

The group 1 heat qualifying action continues at Addington on Friday afternoon with eight 295m heats being carded for the $30,000 The Ftiz Sports Bar NZ Galaxy Sprint.

Last year’s Galaxy winner Buddy Boom (race 5) is returning to defend his title for his northern based trainers Jared Udy and Denise Cottam.

The resilient Trojan Hoarse (race 2) has won 52 races for Cole and he is bringing solid winning northern form south with him.