NEW Richmond straight track record holder Zipper By Two will not be tempted to take on the Capalaba superstars in the upcoming Straight Of Origin. 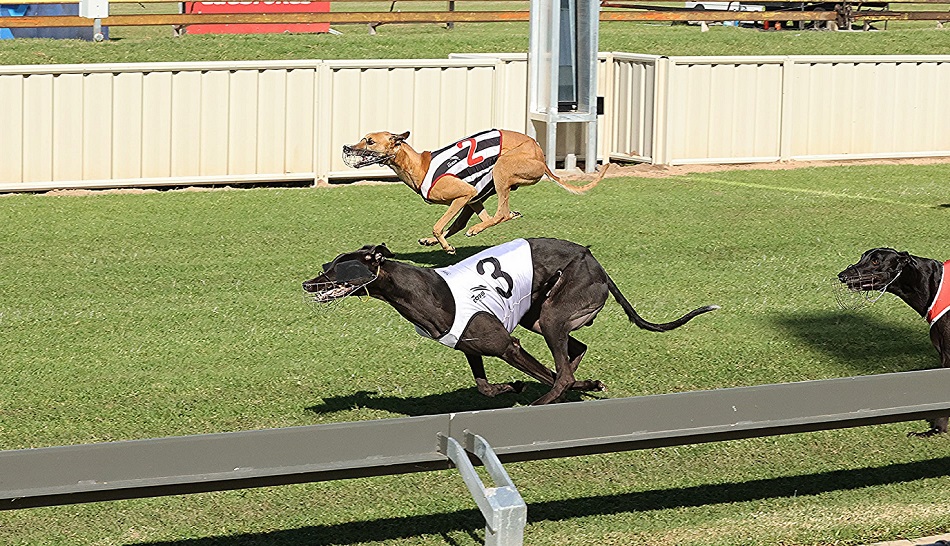 NEW Richmond straight track record holder Zipper By Two will not be tempted to take on the Capalaba superstars in the upcoming Straight Of Origin series.

The son of Fernando Bale and Blipple set a new time standard at the new Richmond straight on Saturday when he won in a flying 17.51.

It was his 11th win in 31 starts for owner Tina Howard and her trainer husband Robert.

“Capalaba has contacted us with an invitation to the Straight of Origin,” said Robert.

“But we took him up there a while ago for a trial on the track and the drag lure up the centre of the track did not suit him.

“He just loves the arm lure at the side of the track. And why go up to take on those fast Queensland dogs which are all suited by their own conditions.”

The track record Richmond run by Zipper By Two on Saturday was never going to be a surprise for the Howards.

“We have a 400 metre straight here at Keinbah and what he runs up here … well, nothing can get near it,” said Robert.

While Zipper By Two is bred to be a 500m to even 700m dog, issues early in his life have seen his career restricted to sprints where he sports blinkers to keep his mind on the job.

“He had throat problems when he was younger which saw his windpipe close off after 300 metre or thereabouts,” said Robert.

“But he handles races up to 400 metres and that’s what we have kept him to.”

The Howards will certainly plan the dog’s future around a Healesville Cup campaign later in the year.

“We took Chevy Prince to Healesville and thought he may have been unlucky not to get into the race and win it,” said Robert.

“That trip has forged the right campaign plans for Zipper By Two around that upcoming Cup.”

Unfortunately, Robert said Chevy Prince had to be put down last Friday after contracting bone cancer.

“He was an amazing dog who injured his hocks three times during his career and still won 25 races, 12 after the first hock injury,” he said.

The Howards have 25 dogs in their kennels, 12 in full work the others being prepared for education.

In the meantime, Zipper By Two will continue to campaign up Richmond’s brand new straight track marking time until the Healesville Cup comes around.

“It’s about time we got a straight track in NSW,” said Robert. “We are all so pleased we have.”