SUNDAY's Straight Track Championship Grand Final at Healesville is shaping up as an absolute bottler with a star-studded field set to face the starter. 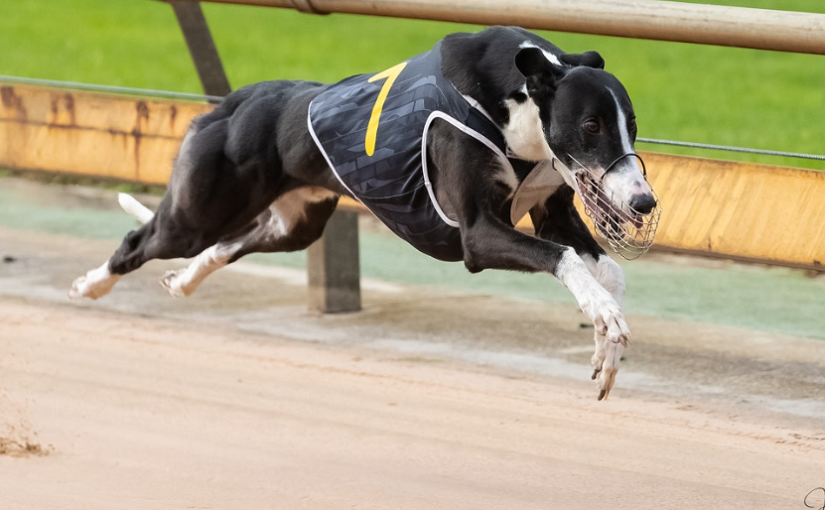 VETERAN South Australian dog man Ray Murray is never one to “count his chickens before they hatch”.

But when his classy galloper, home-bred Panhandle Slim, drew the rails in Sunday’s rich National Straight Track final at Healesville, he allowed himself a satisfied grin.

It is the perfect box draw for the dog.

Panhandle Slim “pulled up great” after his victory in the South Australian final at Murray Bridge according to the Murray kennel.

Ray and his son Jarrod will drive to Healesville on Saturday in preparation for the rich final the following day.

Murray is well aware the dog has been trialled up the Healesville straight a number of times when in work with Seona Thompson.

Panhandle Slim will come up against Healesville specialist Peter Galo on Sunday.

Queenslander Greg Stella will trial Certification on Wednesday and is hoping his dog can get into the placings and then develop into a Healesville Cup hope in a months’ time.

“He was touch and go making the Capalaba final after a slight injury,” said Stella.

“But he has recovered and is a young dog with a promising future.

“I would think the Victorian finalists will be the hardest to beat. They are right on their game.”

Stella said the wide draw (box seven) was not ideal “but you have to deal with the box draw you get”.

The son of Peter Rocket-Flossy goes into the race off a stylish win in the Victorian final on Sunday and his record at the track is amazing.

Overall he has raced 48 times for 27 wins and five placings for $102,000 in stakes, included in those wins victory in the Group 2 Shepparton Cup.

But, 16 of those wins have come at Healesville and trainer and part-owner Garry Selkrig is confident.

“He has never been beaten at Healesville without being injured in defeat,” Selkrig said.

“When the dog is right, he can’t be beaten up the straight.”

But Selkrig also admitted the five box in Sunday’s final is a concern.

While his personal stats show Peter Galo has won from every box during his career, he has a 29% strike rate from box five and in two starts from the box at Healesville has won once.

Selkrig is only too aware of this fact.

“He is going to need a bit of luck but the dog in box four (Hot Chevy) will likely head in towards the fence which should open the race up for Peter Galo,” he said.

Queensland trainer Peter Furbank will be hoping his finalist Dusty’s Charlie runs up to his natural ability in a pre-final trial on Wednesday.

Dusty’s Charlie was the first of three trials for finalists before the Healesville race meeting on Sunday. The dog turned around and ran back to the boxes and didn’t complete his trial.

Furbank will bring Dusty’s Charlie back to Healesville on Wednesday to trial for a second time.

And GRV stewards will follow up on the performance.