JASON Thompson believes Plaintiff is well placed to add a second group race title to his resume when he lines up in the Warragul St Leger. 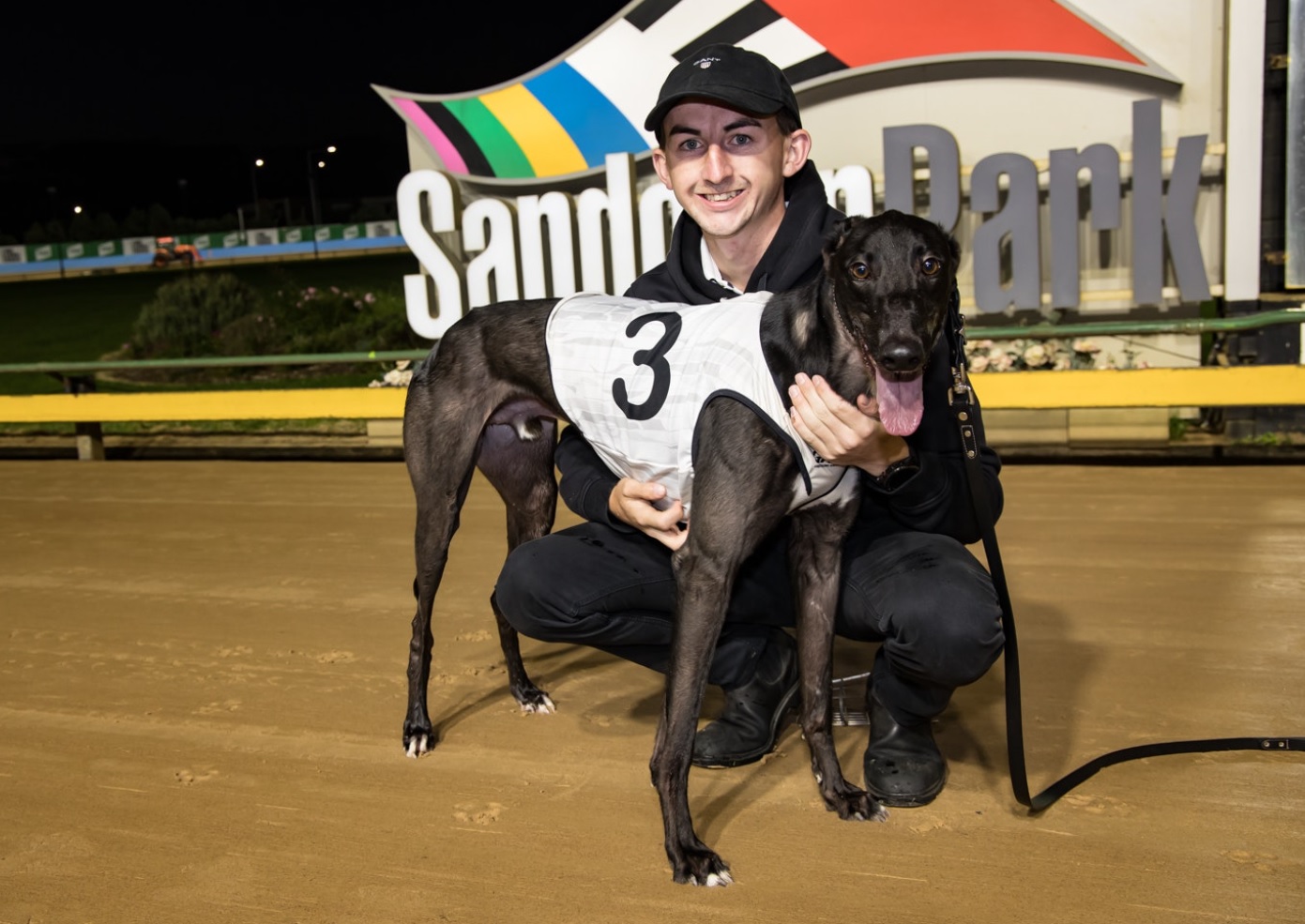 JASON Thompson is believes young gun Plaintiff is well placed to add a second group race title to his resume when he lines up in the Warragul St Leger on Friday night.

The son of Zambora Brockie qualified for the group 3 final by overcoming box eight and early interference in his heat and running 25.70 – just two lengths outside fastest qualifier Deadly Class’s time of 29.57.

“He cannoned straight into the seven,” said Thompson.

“If you could see from behind the boxes, he did a good job to stay balanced and then work his way to the front at the first corner. I thought it was a really good effort to be honest.

Group 3 winner PLAINTIFF (3) was victorious in the third heat of the Group 3 #LaunchingPad (515m) at @sandowndogs in 29.500 seconds for trainer Jason Thompson.

“For a dog that is primarily a jump to the front and a pure speed dog, he’s shown in races before that even if he doesn’t go to the front he still has a red hot crack so it was very pleasing.

“And when you look at the times the other heats ran, his run was full of merit because his run home time was as good as the others were and that’s not his asset. His asset is burning along early so we were rapt with the run.

“And he’d never been there (to Warragul), so it was very good. He did a lot of his early work at the city tracks because he was going to be racing straight off over 500, so he never really did a lot of half circle trials. He’s done a fair bit of racing and there’s been nothing at Warragul for him so we went in blind knowing that he was going to benefit from the run.”

Aiding his chances in the final is a favourable box draw. He’ll jump from box three in the $25,000-to-the-winner event, and while being drawn closer to the fence is a plus, Thompson believes the odd numbered draw is invaluable given he will form the first row of greyhounds to enter the boxes.

“Obviously he does like to be down near the fence. The blue (Always A Thrill) is going to give him plenty of room, so it looks a nice draw for him.

“It’s up to him to begin, but we’re probably more happy for him to draw an odd numbered box because he’s a dog that likes to be in the boxes, the longer the better, just to settle. If you go through his record, he has won off even boxes, but he’s far better when he comes off an odd box and has got time to settle in the boxes.”

Just two weeks removed from his second birthday, Plaintiff is already a veteran of four group finals including the group 3 Vic Bred Maiden at The Meadows in his first series on track. He’s since run second to Wow She’s Fast in the Launching Pad, second to Lektra Gal in the Wester Districts Derby, and fifth in the Maturity Classic in July.

He’s won nine of his 18 starts and been placed in four more and already amassed over $118,000 in prize money, and form an injury permitting, Thompson believes he can shape up against the best sprinters in the country in the second half of 2022.

“He’s very much under the radar this dog. We know how good he is and he’s still young – just two years old now – and hopefully he stays sound (because) I think he’ll be a good dog towards the end of the year in hopefully some of the better races.

“The Melbourne Cup is the ultimate goal of course, but he’s still Silver Chief eligible so he has those age-restricted races available to him as well.

“After Warragul we’ll get him ready for the Million Dollar Chase. He’s been to Wentworth Park and went through the Easter Egg, so we’ll give him a crack at that. Then whatever races come along we’ll put him in, but I really like the dog. He’s always shown he’s got the qualities that a good dog needs to have, so hopefully now he can just have a bit of luck.”

The Warragul St Leger is race eight on the card and will jump at 9.16pm.