Qwara Bale Rules In Battle Of The 'Bool

QWARA Bale has defied both age and experience to claim an all-the-way victory in the Group 2 Warrnambool Cup Final on Wednesday night. 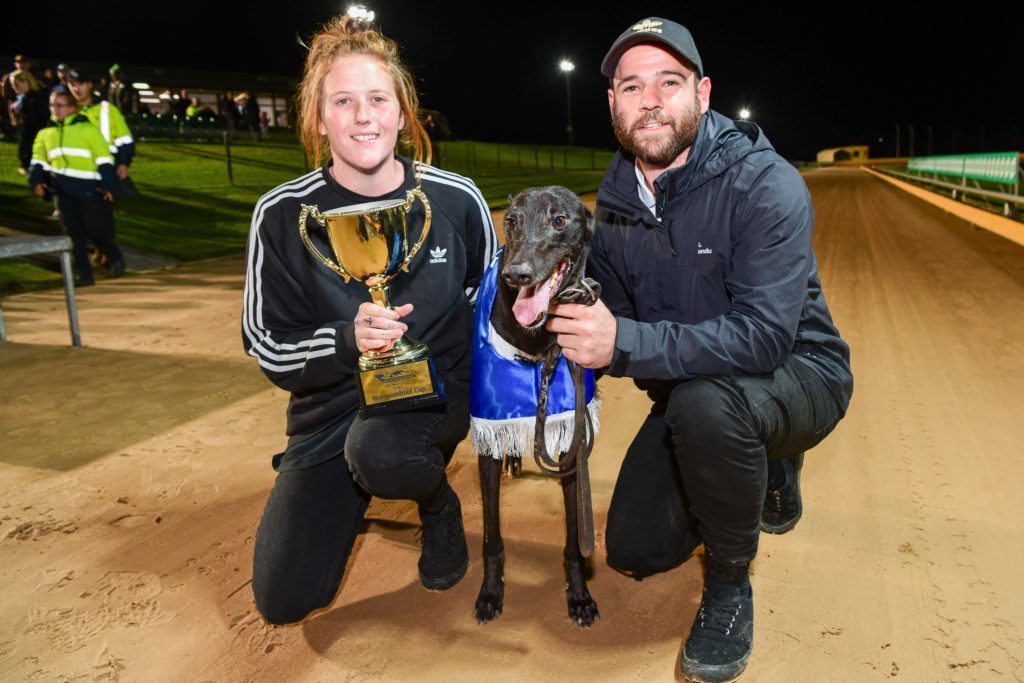 QWARA Bale has defied both age and experience to claim a slashing all-the-way victory in the Group 2 Macey’s Bistro Warrnambool Cup Final (450m) on Wednesday night.

The Andrea Dailly-trained daughter of Allen Deed went into the $47,000-to-the-winner decider as the only female, youngest runner, with the fewest starts, and contesting her first group race final.

But those obstacles mattered for little.

A trademark faultless beginning set up the stellar group triumph in a flying 24.82, extending the hugely talented youngster’s overall record to 11 wins from just 20 appearances.

Finishing second in the Group 2 showpiece was dual country cups hero Yozo Bale, while red hot favourite Shima Shine, a kennelmate to the winner, finished on gamely for third.

Qwara Bale’s scintillating win was constructed with an outrageous first split of 6.42 before carving out a dazzling 11.22 second section.

At the finish the regally bred youngster scored by 3 ¾ lengths with another length separating placegetters Yozo Bale and Shima Shine.

On the strength of her epic Warrnambool Cup success, Qwara Bale is expected to be a major player in the Group 1 Sapphire Crown (515m) which gets underway at Sandown Park next week.

The bitches series is worth $100,000-to-the-winner and given she already boasts some blistering winning times at the circuit, is expected to be at the pointy end of betting for the event.

Meanwhile, on a fantastic card of racing out of the ‘Bool on Wednesday night, the Cup Night Match Race (450m) was annexed by Perth Cup winner Tiggerlong Tonk in a fast 24.83.

In a fantastic two-dog battle, Tiggerlong Tonk made full use of the inside alley to hold out Ferdinand Boy in the early stages before getting away late for a decisive victory.

Both greyhounds are expected to line-up in next week’s heats of the Group 1 Harrison-Dawson (515m) at Sandown Park.