RIVERGUM Road was one of the standout performers on a big maiden card of racing out of Coonamble on Monday afternoon. 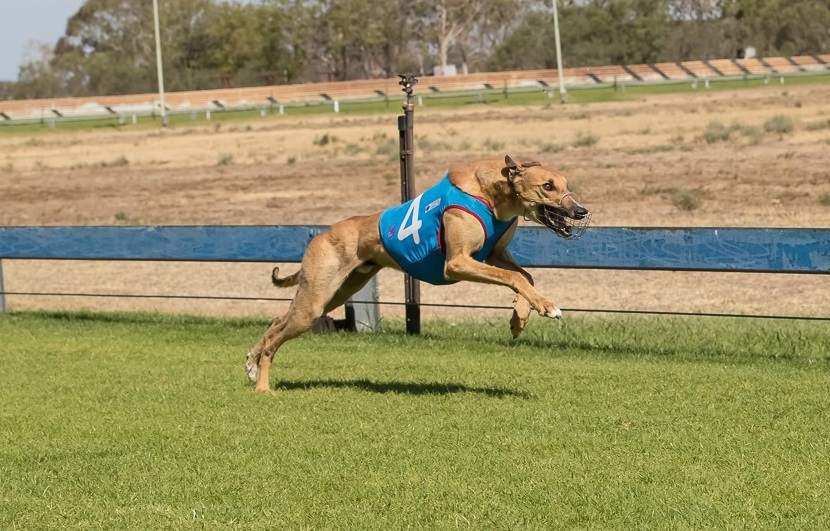 What did surprise Parrelli however was his price, the son of Rivergum Drive opening up at odds of $3.00 before careering away for a 3 ½ length victory in a sharp 17.45.

The win was made even more impressive after the December 2017 whelp – backed from $3.00 into $2.20 – uncharacteristically missed the start.

“I didn’t have much on him … I thought everyone knew about him so I left most of the money in my pocket,” Parrelli offered after the race.

Owned and bred by Nick Vescio – who raced the dog’s hugely talented sire Rivergum Drive – Saturday’s stirring heat victory was just reward for Vescio who pinned his faith in the former star chaser at stud.

“When I was breaking-in this dog at The Gardens he went 15.70 his first or second go over the 272 metres,” Parrelli said.

“Everywhere I’ve taken this dog he’s run time; I really wanted to win the Zoom Top Maiden at Goulburn with him because I named Zoom Top but after trialling there over the 350m in 19.70 he got the cough so I had to turn him out for six weeks.

“He trialled the record at Coonamble (17.09 record 17.11) getting ready for this race and apparently everyone knew so I expected him to be odds on … I can’t believe they bet $3.00. But I must admit I was worried when he missed the start, he usually comes out running.”

On a frenetic afternoon of racing with betting strong, ten heats of the $10,000 to-the-winner Gold Maiden were run and won where it’s said bookies and punters were bordering on “square” following day two of the carnival.

“Im packing up and going home in the morning,” quipped one of the eight strong bookies after the last before being returned serve by one punter with … “I bet you’re the first one here Monday.”

Setting the pace for Monday’s final was the John Miles-trained Lately, the daughter of Fernando Bale and Blue Thunda carving out 17.41 to land heat nine, scoring by 6 ¼ lengths.

The birds had been chirping about the talents of the Miles-trained youngsters … mail that proved spot on.

Miles also laid claim to the third fastest qualifier with Lately’s litter-brother Laurie’s Flyer coming out under the lids to score in his heat, posting 17.47.

The evenness of the first three qualifiers on the clock sets up a spirited calcutta at the Coonamble Bowling Club on Sunday morning.

The final box box draw will be released at lunchtime Sunday. 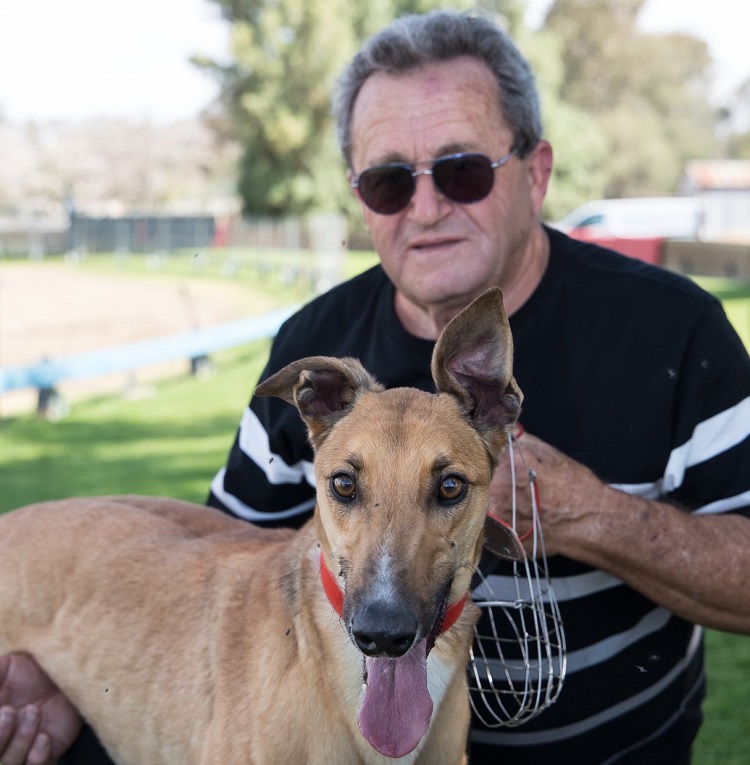