WHEN Samona ran a PB of 29.89 at Albion Park at her latest start, trainer Josh Priest reckoned the Monday time equated to a 29.70 on a Thursday. 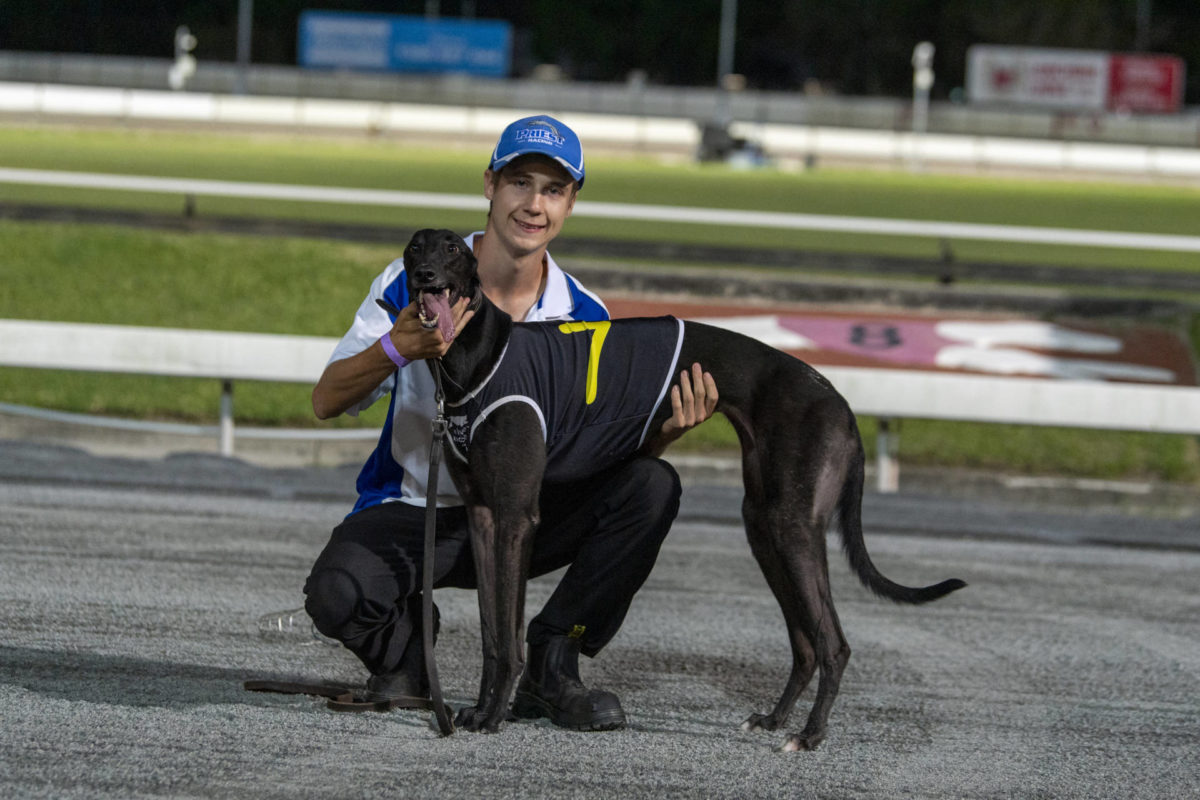 WHEN Samona ran a PB of 29.89 at Albion Park at her latest start, trainer Josh Priest and his dad Terry reckoned the Monday night time equated to a 29.70 on a Thursday night.

Now “Team Priest” is hoping the daughter of Ritza Lenny-It’s A Synch can bring that to Albion Park this Thursday night when she runs in a state heat of the National Sprint (520m).

Gardner, Taylor and Measady are lifelong mates having played footy together for Buet a township of almost 300 people and 140kms from Adelaide.

“She came off the rails at her latest run and produced a 5.54 first section,” said Murray Gardner of the 29.89 win by Samona.

“The eight is not great for her and there is a lot of early pace drawn inside.

“But, we are hoping Just A Sort can carve across and give our bitch the cart over.

“If she can get onto the rails early, she will be hard to beat.”

Samona came of the six box when third in the Group 3 Launching Pad in Victoria as a youngster.

She fell soon after and Murray admits he and the syndicate were worried “we may have lost her”.

“But she has come back and for her to run a PB at her latest run is great,” he said.

“She has been fantastic for us. But, whatever she does on the racetrack, we can’t wait for her to have some pups. At the moment we are tossing up between mating her to Fernando Bale or Superior Panama.”

Gardner works for Greyhound Australia out at Alice Springs.

He plans to head home to Buet next week to catch up with Ian Taylor and do a bit of fishing.

“The three of us played premiership footy for Buet but that was a long time ago,” said Murray, 66.

“I was a shearer and would shear 120 sheep a day during the footy season and then go to training afterwards.

“The boys, Ian and Warwick, are younger than me and I suppose you can say I corrupted them into racing.”

Gardner got his first greyhound when 16 and has bred, owned and trained with great success in South Australia.

While Samona has her chance in the second heat of the Nationals, the opening heat looks to be laid on for Ned Snow’s Shipwreck who is coming off Saturday night’s debut Wentworth Park performance where he downed Zipping Maserati in a scorching 29.32.