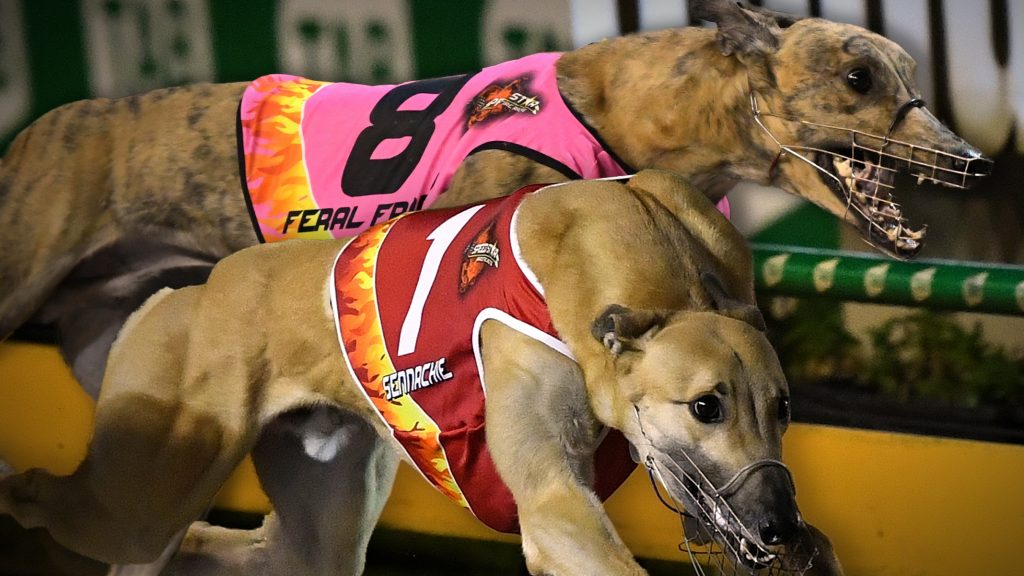 Betting had the match race as even as it comes, not a split hair between them, even money take your pick right up until jump time.

But after carving out a slick 5.07 early before scorching up the back in 18.68, the Steve White-trained son of Fernando Bale pulled out too many stops late to record a slick 29.26 and claim the $25,000 first prize.

As always, ‘The Feral’ was gallant in defeat running the winner to 1 1/4 lengths at the finish, having given Sennachie as much as 4-5 lengths up the back straight.

The two-dog clash had the huge crowd on the edge of their seats, leading into a bumper few hours of racing, headed by the Group 1 Melbourne Cup.