SA sprinter Shadow Mist is on the verge of capping off the most improbable of victories in Friday night’s Million Dollar Chase at Wentworth Park. 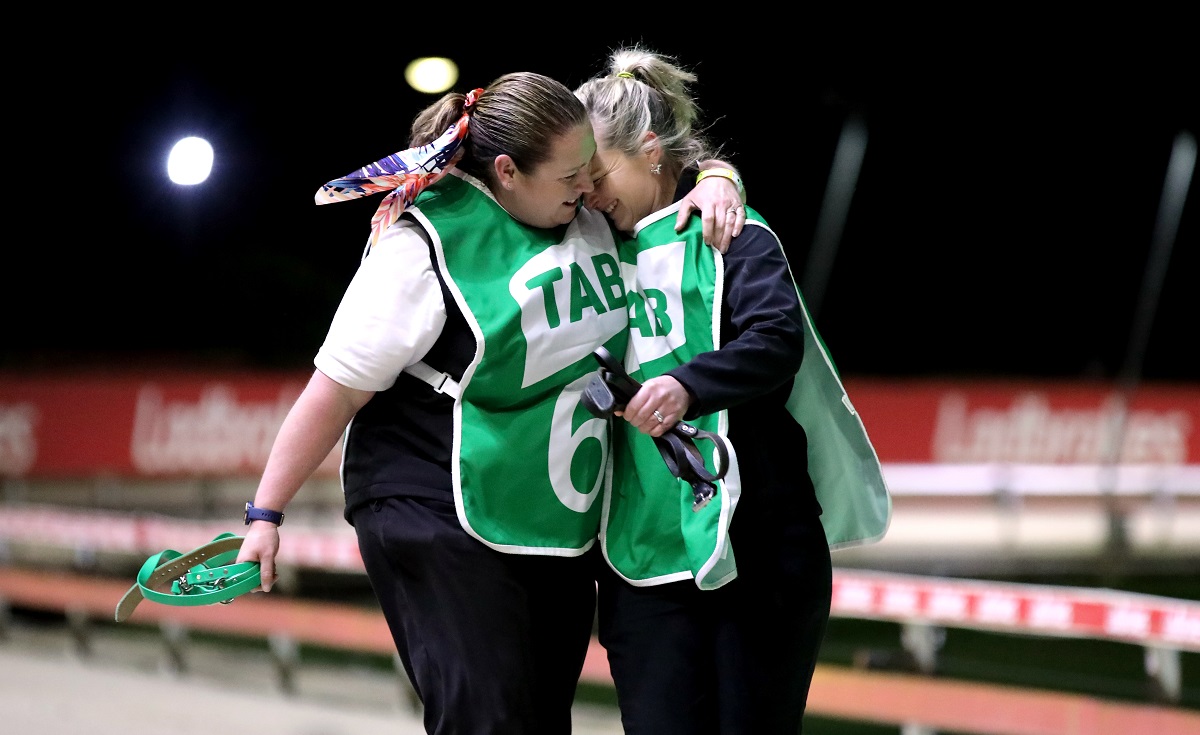 STAR South Australian sprinter Shadow Mist is on the verge of capping off the most improbable of victories in Friday night’s TAB Million Dollar Chase Grand Final (520m) at Wentworth Park.

Trained by South Australian duo Lauren Harris and Ryan Tugwell, Shadow Mist is owned primarily by Victorian-based Matt and Sharon Crowe, the quartet on the cusp of scaling greyhound racing’s greatest prize without even having met.

“But we already feel like lifelong friends,” Sharon Crowe said.

“We are on this amazing journey with these wonderful people and haven’t been able to meet due to coronavirus. There’s a range of emotions but ultimately we are just so proud.”

Shadow Mist’s journey to favouritism for Friday night’s TAB Million Dollar Chase Grand Final has been anything but conventional.

After beginning his career in Victoria with 10 wins from his first 32 starts, the Crowes believed a change in scenery to South Australia against less spirited opposition would best suit their greyhound more fondly known as Sooty.

“Matt and I didn’t really know anyone in South Australia but a mutual friend suggested Lauren and Ryan to us as an option,” Crowe said.

“We had a few chats on the phone with them and you could just hear the love they have for their greyhounds. It was an easy sell to send him over after those discussions.

“Words can’t explain the amazing job they’ve done with him.”

When Shadow Mist arrived in South Australia mid-May he did so with the expectation that he may scoop a few wins between now and retirement.

“To be honest we didn’t expect too much at all,” said Crowe.

“We were thinking if he could win a couple of 600s at Angle Park it would be a worthwhile exercise.

“The main thing for us was knowing Sooty was going to be loved and cared for over there. He’s been our baby since we bought him at three months of age.”

It was a win that left the Crowes and Harris/Tugwell with the decision of whether to chase greyhound racing’s richest prize or stay home for their local flagship event, the Group 1 Adelaide Cup.

“It was a really tough decision but in the end we decided that this is a once in a lifetime opportunity,” Crowe said.

Last Friday night at Wentworth Park that decision took a giant leap towards paying the ultimate of dividends when Shadow Mist booked his MDC final berth with a sublime 29.64 semi-final victory.

It was the son of Dyna Double One’s eleventh win from just 14 starts for Harris and Tugwell.

“The enormity of the whole situation still hasn’t sunk in – I’m not sure it will,” Crowe said.

“There’s just so many different emotions. Matt and I travelled all over the place to watch Sooty when he raced in Victoria so to be unable to be there on Friday has made it tough.

“We are on this amazing ride with Lauren and Ryan and haven’t even met them yet. It’s all just so surreal.”

On Friday night at a tick after 10pm, Shadow Mist will exit box one looking to turn the loftiest of dreams into reality with a shot at the $1 million first prize on the offing for the Million Dollar Chase.

But as Crowe explains, the money is secondary to the thrill of being involved with a greyhound everyone now wants a piece of.

“The money is there but it’s not really about that for us or Ryan and Lauren,” Crowe said.

“Sooty was about five months old when the first Million Dollar Chase was run and I remember saying to a few people then that he was going to be the winner of the race in two year’s time.

“You say it but you don’t for one second think it might happen.

“To be one step away is just amazing. But whatever the result Friday night we are just so proud.” 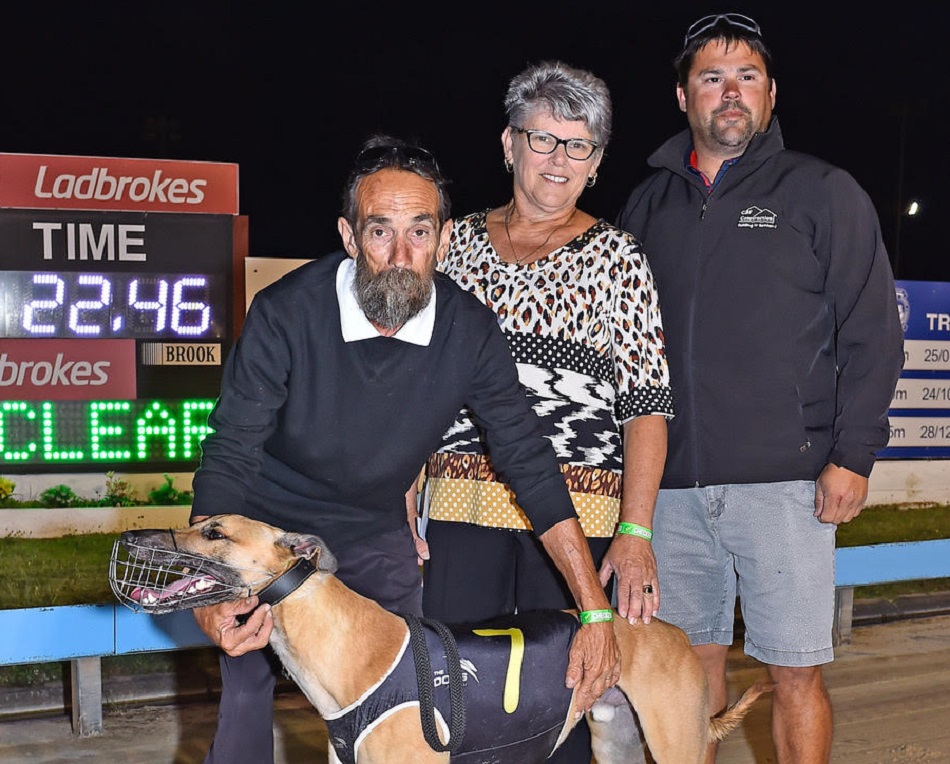 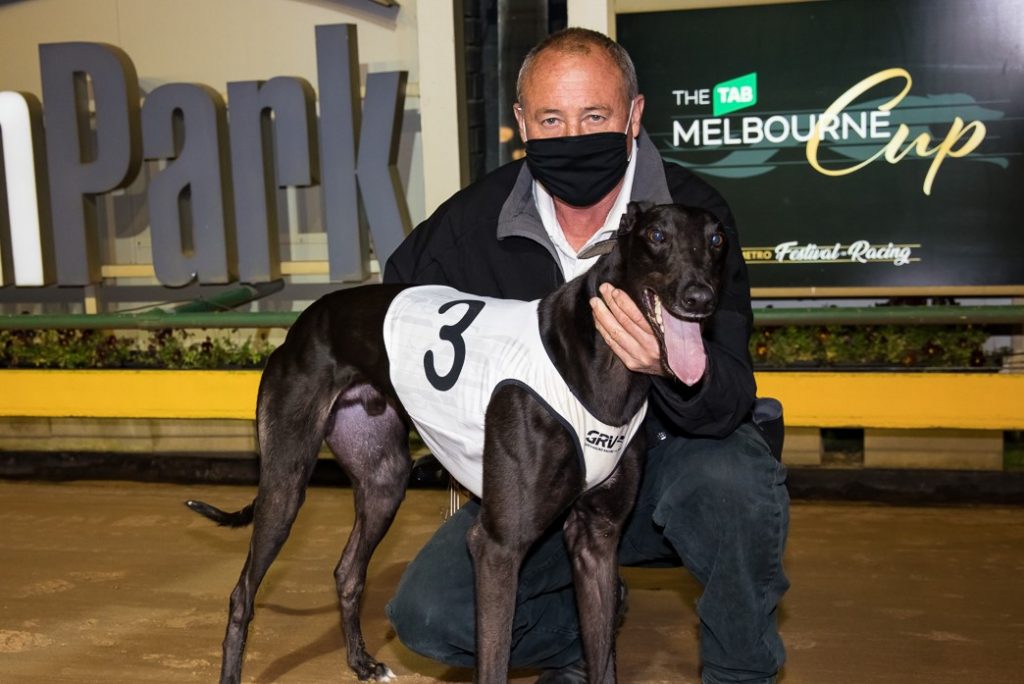 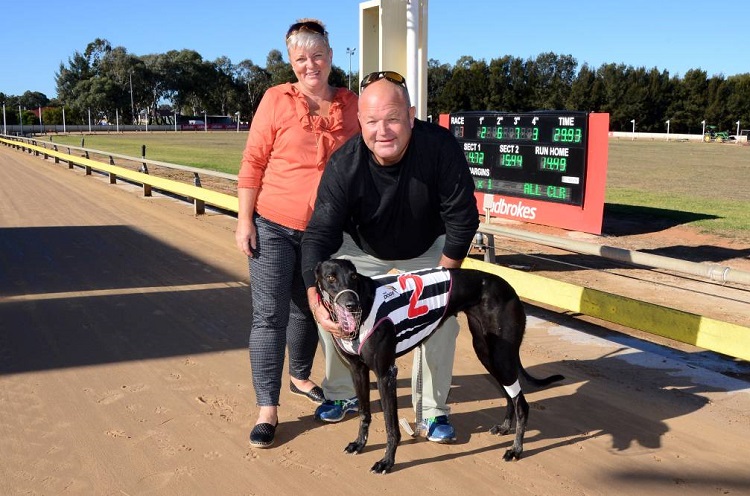 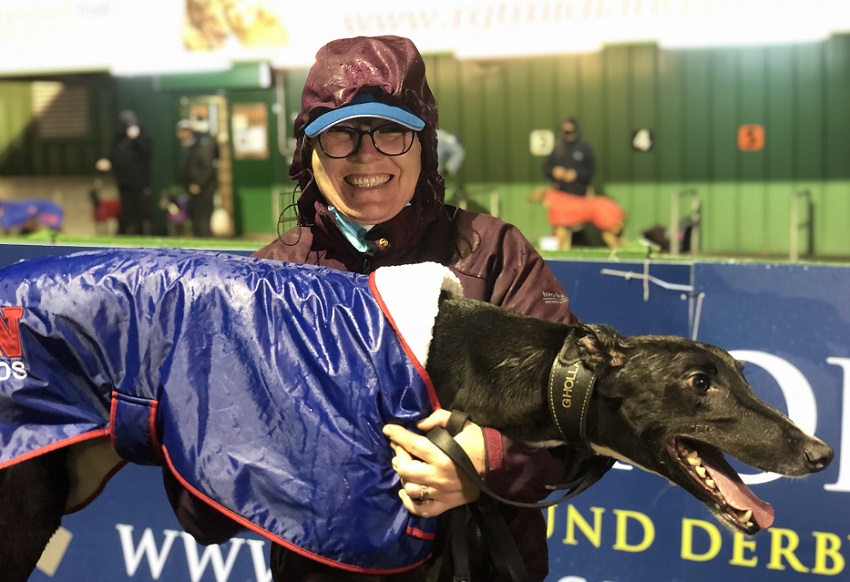 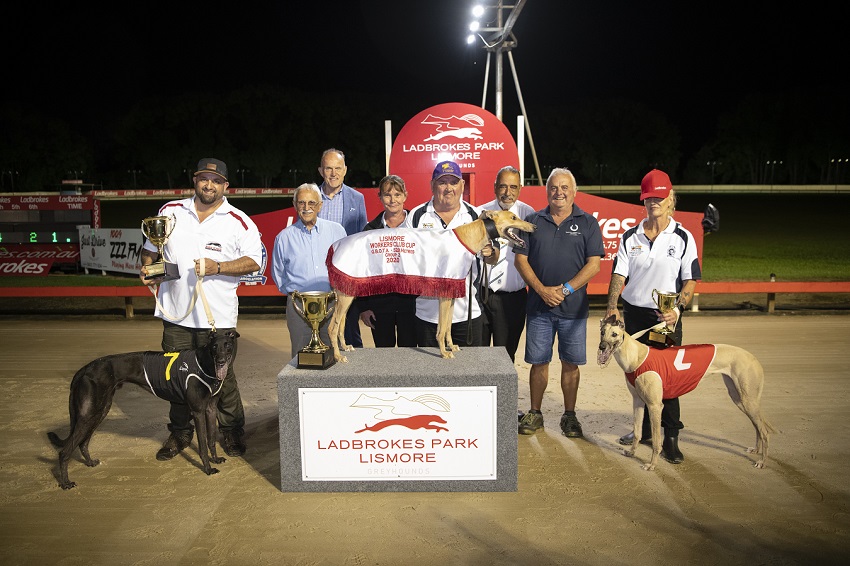