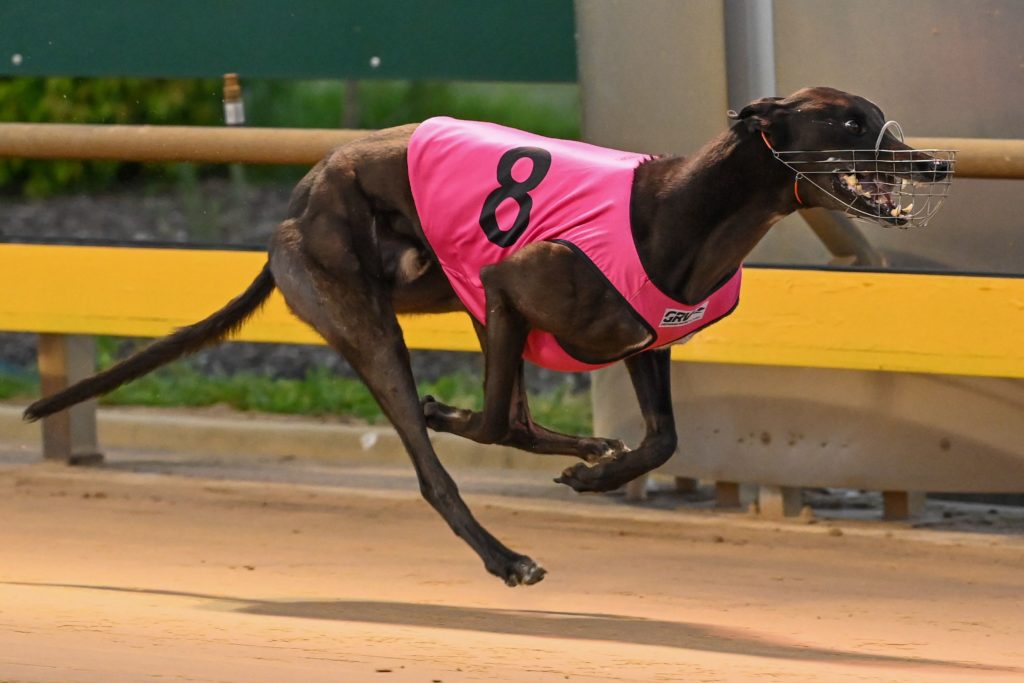 Any attempt to do so would just be forlorn.

In a breathtaking performance that almost had to be seen to be believed, the reigning Group 1 Topgun hero covered the 460 metre journey in a remarkable 25.19.

The time shaved just over two lengths off Melbourne Cup winner Aston Dee Bee’s 25.338 track record, a time only fractionally quicker than what Hooked On Scotch recorded winning a heat of the Warragul Cup in 2020.

To shave two lengths off a record time established by sprinting heavyweights the ilk of those above mentioned is truly amazing.

And only adding to the performance was the fact it was Shima Shine’s first start since finishing an out of sorts last in the Group 1 TAB Melbourne Cup Final (515m) at Sandown Park in late November.

But the son of Barcia Bale returned with a thud, much to the delight of connections.

“His back was out after the Melbourne Cup and we’ve got Dr. Des Fagan to thank for getting him right and back on track,” said co-owner Dave Gleeson.

“We’ve taken things really easy with him since the Cup to get him right. We’ve drawn a few straws but there’s still plenty ahead of him on the track.

“I’d say tonight is the first time he’s actually had conditions conducive to breaking a record. When he broke the Bendigo and Ballarat records it was in the wet or winter tracks. He just loves competition.”

And the performance will undoubtedly see the son of Barcia Bale start a pronounced favourite for Team Dailly in next week’s $47,000-to-the-winner group 2 final.

“He’d only had a couple of 400s going into the race so you’d think he’ll be better for it,” Gleeson said.

“It’s a bit funny with him. When he trials he doesn’t run sensational time – he saves it for his races because he’s just so competitive. He’s a demon of a chaser.”

The first Warragul Cup heat on Friday night went the way of Aston Gwen for Ben Magri. The recent Laurels winner stopped the clock in 25.65 to defeat Tiberia Bale by 4 ½ lengths.

Heat two went to hugely exciting sprinter Equalizer for Jason Thompson in 25.50. The son of Kc And All gave away age and experience to his opposition to storm home and score over Out Of Sprite by 1 ¾ lengths.

Dream Wizard annexed heat four for Sean Lithgow in 25.66 while heat five provided the upset of the night with Simon Told Helen missing a place behind Amarillo Highway which scored at big odds in 25.59 for Glenn Rounds.

Rounds will be represented by two runners in next week’s finale after Aeroplane Eric finished a fantastic second to Shima Shine in his qualifier.

The sixth heat was won by Zipping Zarbo which edged out local star Catch The Thief in 25.57.