HE’S Back! That was the overriding sentiment following Shima Shine’s stunning near record run at Bendigo (425m) on Friday afternoon. 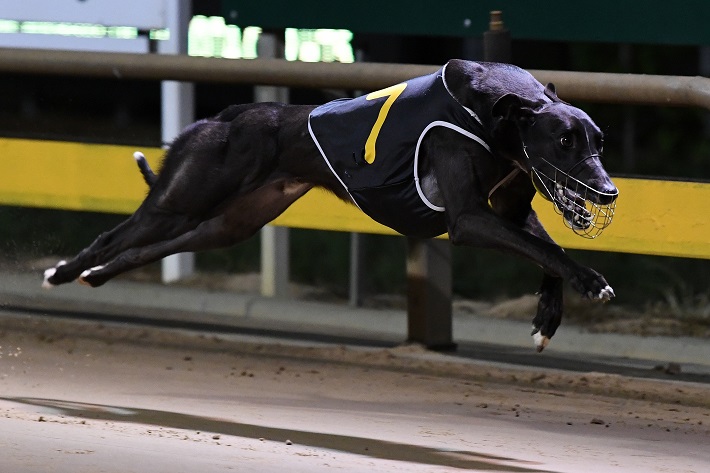 That was the overriding sentiment following Shima Shine’s stunning near record run at Bendigo on Friday afternoon.

Blessed with limitless ability, Shima Shine recorded a sizzling 23.44 for the 425 metres, just a length outside the 23.37 time-standard set by Jim Zarr Dashian in April.

The win, defeating fellow star Who Told Stevie by 6 3/4 lengths, signalled the Ballarat record holder was back to his brilliant best, following what’s been a wretched run with niggling injuries for the Dailly camp.

Winner at 14 of his 23 starts, Shima Shine’s pulsating victory confirmed he’s on song for the fast approaching Group 2 Bendigo Cup, the $50,000 to-the-winner series getting underway on June 28.

And what a series it’s shaping up to be.

The idea of a fit and firing Shima Shine tackling the likes of Simon Told Helen, Zambora Smokey, Tiggerlong Tonk and Jim Zarr Dashian in a bumper Bendigo Cup is one worth salivating over.

That prospect could change if Simon Told Helen ventures to Queensland for the Group 1 Brisbane Cup, the trail group 1 winning kennelmates Hooked On Scotch and Black Opium are on.

Expect more to be known on that front this week.

And there’s a host of other classy sprinters on track for the rich series as well, including boom youngster Catch The Thief, currently plying his trade in breathtaking fashion in Western Australia.

Somewhat remarkably, given his grand heroics, Shima Shine is yet to land a race at group level.

But on the strength of Friday’s performance, it’s an anomaly he’ll remedy sooner rather than later.

Meanwhile, kennelmate Jax Bale confirmed he was on track for the Bendigo Cup with a last stride 23.85 victory over Iylee Bale and Iago Bale.

While the time wasn’t in the same class as Shima Shine, the manner of the victory certainly was, the son of Allen Deed charging home down the centre of the track to nab victory.