DEBUTANT Silken was the star of the show after eight heats of the Group 3 GRV Vic Bred Maiden series (525m) were staged at The Meadows on Wednesday. 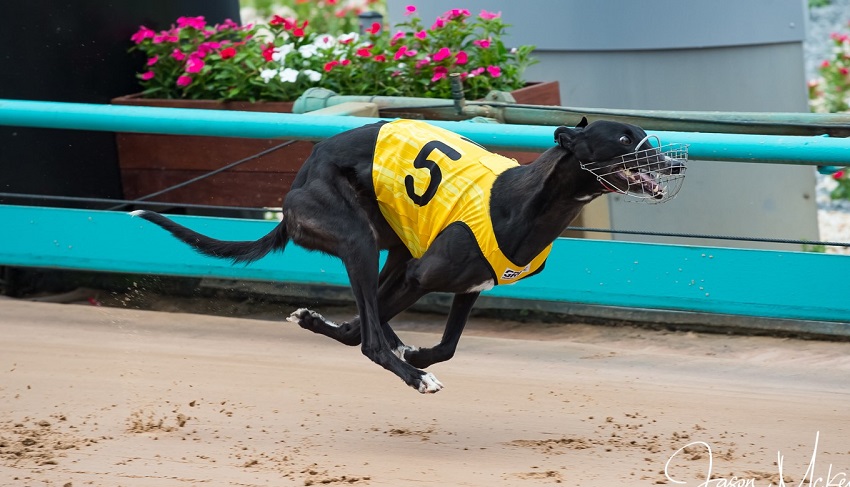 DEBUTANT Silken was the star of the show after eight heats of the Group 3 GRV Vic Bred Maiden series (525m) were staged at The Meadows on Wednesday.

Heavily supported to take out heat six of the $25,000 to-the-winner three week series, Silken showed tremendous early speed to lead before powering away for an 8 ½ length win in 29.85.

Trained by Jeff Britton, Silken, a daughter of Barcia Bale and former top versatile chaser Cosmic Owl, went some way to lifting the spirits of Britton’s Anakie kennels, after he and partner Angela Langton sadly lost their top flight chaser Western Envoy to injury this week.

Kel and Jackie Greenough, fresh off their win with Often Imitated in last Saturday night’s Cranbourne Cup, led in three heat winners, with Captain Dynamite, It’s A Flirt and One Night Only each successful in their respective qualifiers.

Captain Dynamite, a son of Sh Avatar and Bunga Bunga, recorded 30.19 to run down Indian Shadow late in proceedings while later on in the program, One Night Only (Fernando Bale x Uno Arjo) stopped the clock in 30.27.

Rounding out the Greenoughs winning treble was It’s A Flirt in the final heat, using box one to a nicety to score in in 30.25.

Four semi-finals are slated for Saturday week with the $25,000 to-the-winner final booked in for Australian Cup Final night – Saturday, February 29.

CLICK HERE FOR ALL THE RESULTS FROM WEDNESDAY’S HEATS