SINCE the retirement of his champion sprinter Feral Franky, Jack Smith’s treks to Sydney's Wentworth Park have been few and far between. 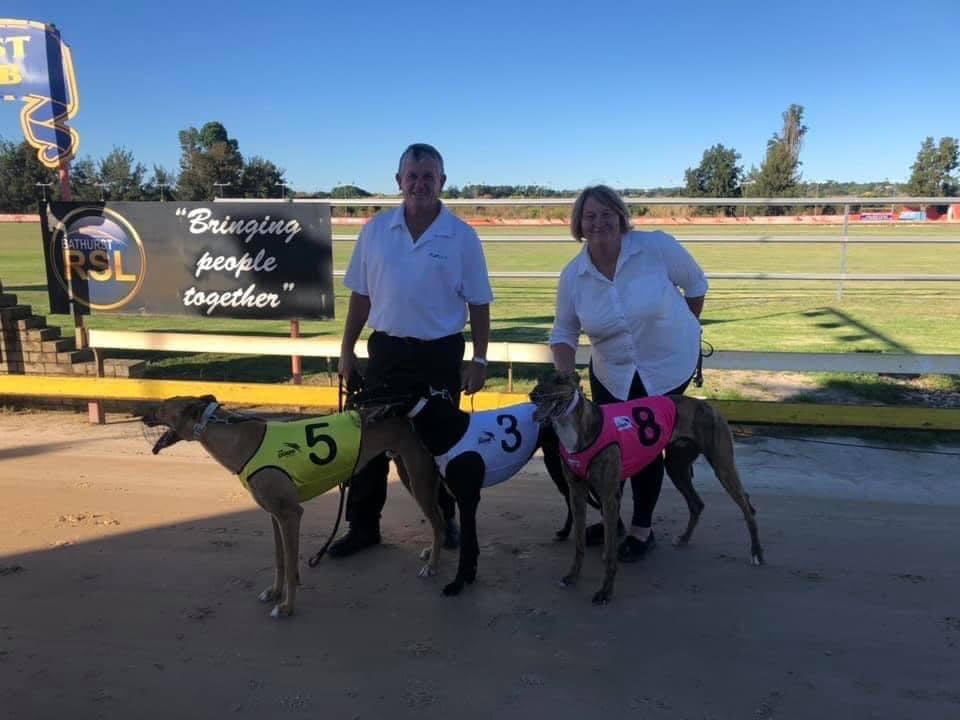 SINCE the retirement of his champion sprinter Feral Franky, Jack Smith’s drives to Wentworth Park have been few and far between.

But on Wednesday night the Forbes mentor journeys to the Glebe circuit with a team of five well bred young greyhounds, three of which Smith declares are showing well above average potential.

“It’s only very early days but three of them could be a bit special,” Smith said.

“But with young dogs you never really know until they take the next step and the one after that.

“It was the same with The Feral. Early on we thought his brother Freaky Franky would be the better of the two. And look how that turned out.

“Same with Irinka Barbie. It felt like she became as good as she did almost overnight.”

Three heats of a 520 metre maiden series are slated for decision at headquarters on Wednesday night with Smith represented by debutants in each.

In heat one, Smith rugs up Daisy’s Boy from the coveted rails alley.

A son of Fernando Bale and Midnight Treat, the litter enjoyed a fantastic start at Bathurst on Monday when Daisy’s Gold defeated Daisy’s Chase and Daisy’s Fernando in a 450 metre maiden, handing Smith the trifecta.

“My daughters Renai and Melissa race the litter … they’re going to win their races without being anything special,” Smith said.

“They had to start somewhere and Daisy’s Boy is showing a bit of ability – the rails should help him. There’s a black bitch in the litter that’s out with a crook toe and I would say she’ll be the best of them.”

“They both broke 30 seconds in trials at Wentworth Park last Tuesday,” Smith said.

“I think they are both going to make it providing of course they keep moving forward. I’ll learn a lot about them on Wednesday night as well with everyone else.

“We’ve given them every chance, they’re well educated and even though Miss Ezmae has box five sometimes at Wenty that’s not the worst thing.

“Jungle Deuce is owned by Solar Sky’s owners and broke in fast at Cudal and Miss Ezmae is owned by The Feral’s owners.

“Both could be a little bit special.”

In the final heat, Smith unveils Irinka Riley from box one, another from the exciting Barcia Bale x Zagati litter.

“Box one helps and he’s showing all the right signs. But they still need to come out under race conditions and do everything right.

“It’ll ever be a nice long drive home or it won’t be.”

It’s nearly a year since Feral Franky retired to stud, the superstar sprinter’s final start an unlucky second to King Cratos in the Group 1 Paws Of Thunder, the 2021 edition of which gets underway this Saturday night.

The end to his sparkling career has seen Smith recharge the batteries this past year following a time where everyone wanted a piece of ‘The Feral’ on and off the track.

“I didn’t take other people’s dogs after that either because we were in a drought and the place at home was just a dust bowl,” Smith said.

“But last year was the wettest year we’ve had so hopefully it’s a big year with a good team of young dogs.”

Smith’s remaining runner on Wednesday night is Dip It In which tackles race six from box eight.

In the money at six of his seven starts, the son of Fernando Bale makes his city debut off a last start 25.95 Bathurst win over the 450 metres.

“He might struggle from out there I think,” Smith said.