WA sensation Tommy Shelby has this uncanny knack of producing things on the racetrack his trainer Steve Withers didn’t think were possible. 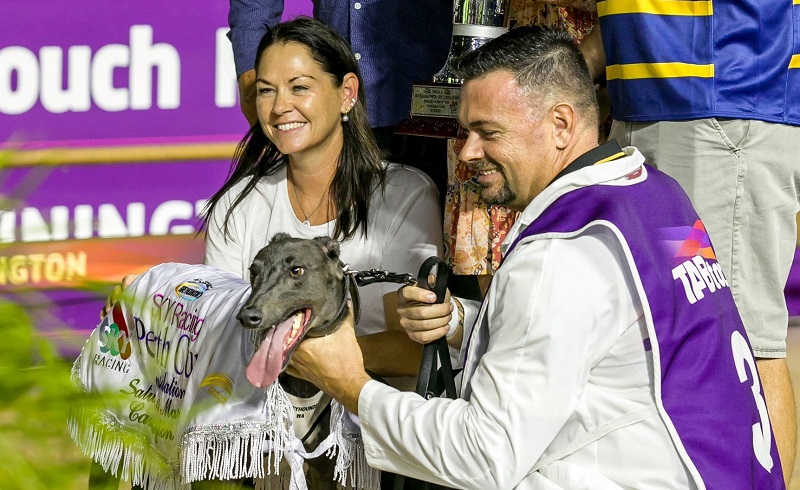 WESTERN Australian sensation Tommy Shelby has this uncanny knack of producing things on the racetrack his trainer Steve Withers didn’t think were possible.

And according to Withers, that will again need to be the case if the son of Fernando Bale is to annex Saturday night’s Group 2 Britton’s Formal Wear WA Derby Final (520m) at Cannington.

“Box six takes the result out of his hands realistically. On sections it’s hard to see him crossing to lead with so much quality and pace underneath him. But he’s a tremendous chaser and there’s been times before I didn’t think he could win and he’s proved me wrong. Hopefully that’s the same on Saturday night.”

The first heat was won by Victorian star Catch The Thief in 29.71 while the third and final qualifier went the way of Redcap Monelli in a driving finish over Aeroplane Eric in 29.68.

“It’s a red hot race … Zack Monelli is the main one not there but I don’t know who’d you bump out to include him,” Withers said.

“And it’s exactly how a group 2 race should be. They don’t just hand them out and whoever wins on Saturday night will definitely deserve it.”

The old saying that you can’t win a race at the box draw but you can lose it has some veracity when it comes to Saturday night’s WA Derby Final.

Fernando Star, a genuine star for Chris Halse, has been installed race favourite by TAB at $3.60 after drawing box one, unbeaten from the alley in two appearances.

Catch The Thief is the $3.50 second favourite from box three with Tommy Shelby on the next line of betting at $3.70 from box six.

Powerhouse heat winner Redcap Monelli is the only other runner under double figure odds at $4.80 for Dave Hobby.

“I wasn’t so much worried where Tommy Shelby drew as to where the others did,” Withers said.

“And the way it’s landed I think Catch The Thief looks to get the best run. He won’t have anything worrying him early and if he drives through and leads we might get posted three-wide outside him going through the first turn.

“I would have loved to draw inside him but that’s the way it’s fallen.”

With so much uncertainty going on in the world at the moment, let alone greyhound racing, Withers says it’s been hard to make any definitive plans with his star conveyance post Saturday night’s group 2 showpiece.

“Everything is up in the air,” Withers said.

“A race like the Maturity in July at The Meadows was something I was looking at but it’s been hard to find information on where that stands. Then we need to look at travel exemptions here in WA so there’s a bit of planning to go into it.

“The way things are just for now it is more cost effective to stay at home. He’s still only young and getting a line through Simon Told Helen and Catch The Thief coming over here is a positive for down the track when we do travel.”

For Withers, training Tommy Shelby takes on extra significance on Saturday night, with Greyhounds HQ offering one lucky customer a 5 percent ownership share for the night.

“It was an honour to be asked,” Withers said.

“Hopefully the winner is a $2 punter that’s new to ownership that gets a big thrill out of it. The plan is to bring them in behind the scenes a bit and create a real experience. It should be a lot of fun.”