TRAINER Darren Fisher is under no illusions as to the task that awaits his gifted sprinter Bulleteer in Friday night’s Group 2 Ballarat Cup Final (450m). 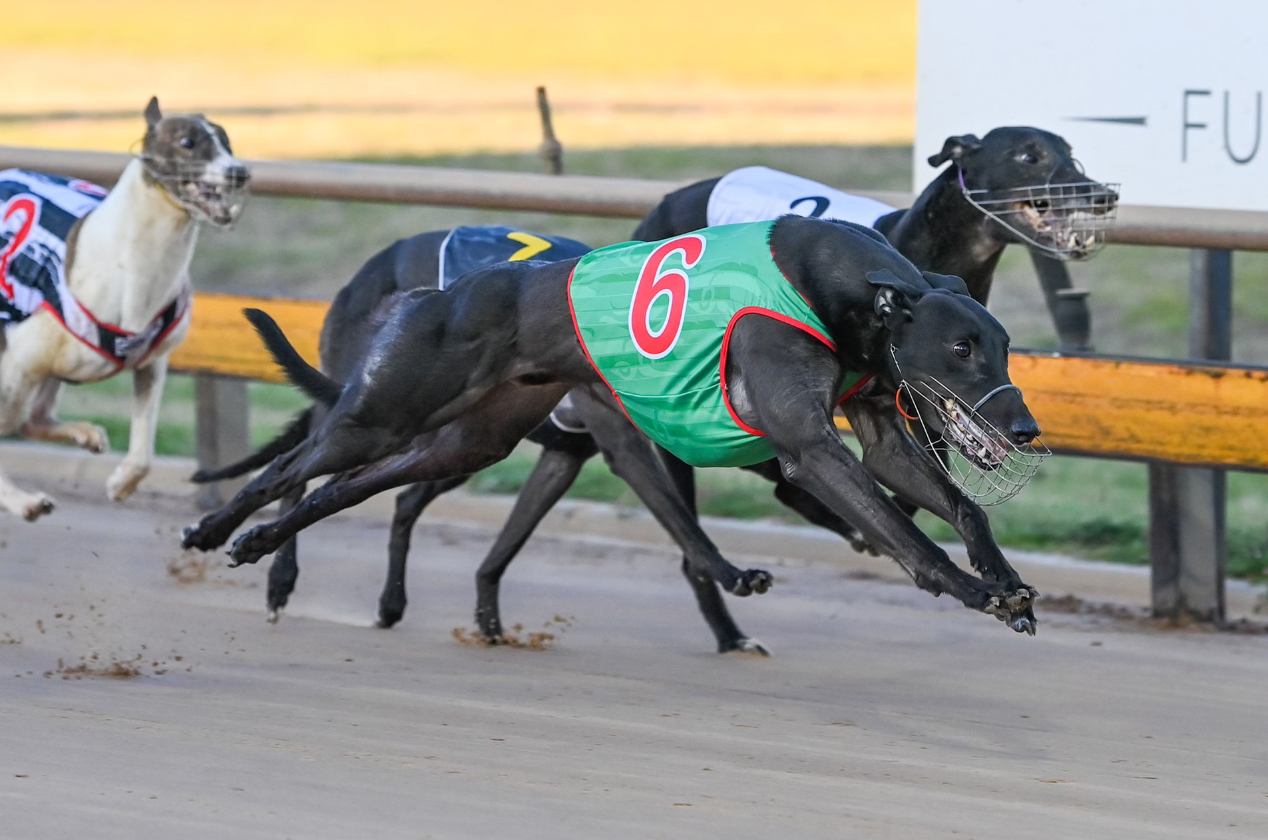 TRAINER Darren Fisher is under no illusions as to the arduous task that awaits his gifted sprinter Bulleteer in Friday night’s Group 2 Ballarat Cup Final (450m).

Winner at 15 of his 32 appearances, Fisher elected to hand Bulleteer his first group race assignment in the Ballarat showpiece, the son of El Grand Senor repaying his trainer’s faith with a slick 25.07 heat success on Monday.

“He’s been flying under the radar but his record is very good – at his last 18 starts he’s won 10 of them with another six seconds,” Fisher said.

“Until now I’ve just tried to place him as best I can and build up his record and confidence but he’s at the stage now where he really needs to step up a level and Monday was a great start.

“I couldn’t believe they opened him up at $23 in his heat – for a dog with his record I thought that was over the odds. Not that I was complaining.”

Bulleteer has drawn box five for Friday night’s star-studded final with Fisher heading into the race with no real expectations.

“Whatever he does from here is a bonus – I’m going there on Friday night knowing he’s got the job ahead,” Fisher said.

“For mine I think Ferdinand Boy is the dog to beat. He’s drawn perfectly in eight and did break the Shepparton record when winning the Cup there a few weeks back.

“And the sections Shima Classic ran when winning her heat on Monday are almost unheard of. My bloke definitely has the job ahead but one thing you know for sure is that he’ll be doing his best. He’s a great chaser.”

And over the next few months Fisher is hopeful his talented chaser can furnish into a formidable group race performer.

“It’s another step up but he has run 23.45 at Bendigo and if anything is still improving,” Fisher said.

“I’ve had dramas with him cramping and tried some different things so hopefully we are past that now.

“As I said I’m going there Friday night with no great expectations. It’s his first group race final and he’s come up with box five so he has the job ahead.

“But it’s good experience and a stepping stone to what’s next for him.”