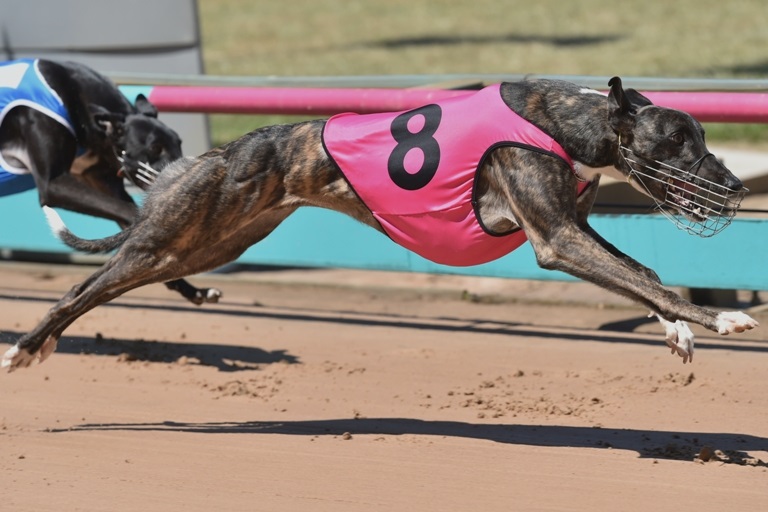 Unlawful Entry (Knocka Norris-She Ain’t Late) is the former Sandown track record holder and Group 1 Hobart 1000 winner who was a devastating galloper during his racing career.

Jay’s litter by him from Paw Sa Prize (Fabregas-Natural Sapphire) included nine named offspring and all are winners.

“I like them because they are very good chasers, really consistent and they show a lot of early pace which is very important to me when I breed.”

The Unlawful Entry-Paw Sa Prize litter has only just turned two and in a total of 139 race starts have already won 49 times and been placed 41 times for almost $70,000 in stakes. Their winning strike-rate is a remarkable 36%.

“I’ve got a couple of very nice race dogs from the litter including Slingshot Titan which has won 11, Slingshot Style the winner of 10 and a dog called Slingshot Prince who is the strongest of them and he has won eight,” said Jay.

He has a one-pup litter from Oriental Rush which has just broken in with fine reports and a young litter from Slingshot Blitz (Barcia Bale-Sheikha) a Sandown winner whose mother won the Group 1 Paws of Thunder.

“The litter racing has only just turned two and they are continuing to improve,” said Jay.

“We are looking forward to the next 12 months with them.”